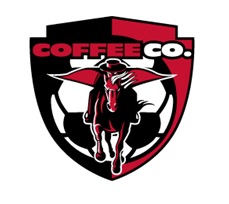 “After much consideration, the CCCHS administration has decided to go in a different direction with respect to leadership of our girls soccer program,” Parsley wrote in a release. “We appreciate the time and effort that Coach Xixis has given to working with our student athletes and overseeing girls soccer here over the past few years.  We will begin searching for a new CCCHS girls soccer coach immediately.”

The Lady Raiders struggled this past fall, going winless in district play and finishing 1-13-2 overall.

Xixis took over the program in 2019 from David Amado. He had also previously served as an assistant. In his first year as head coach in 2019, the Lady Raiders played for a District 8-AAA championship and Xixis was named district coach of the year.

“I’ve enjoyed my time coaching at Coffee County,” Xixis told Thunder Radio Sports. “I’d like to thank (athletic director) Brandon McWhorter and (former athletic director) Rebecca Koger for all their support as athletic directors during my tenure. I feel good about the athletes this program has turned out over the years and wish the best of luck to all the Lady Raider soccer players going forward.”