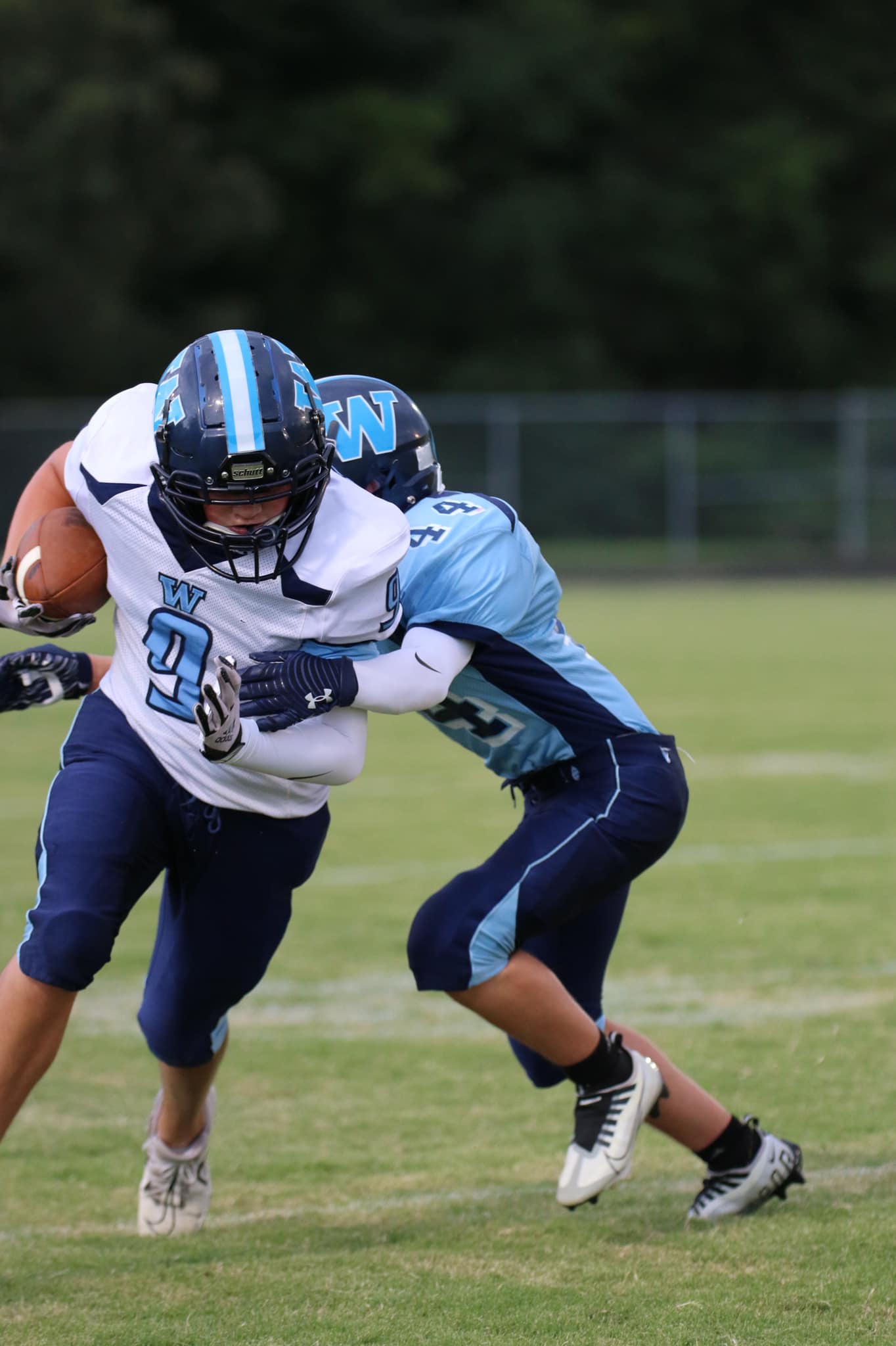 Kaysen Lowery played quarterback for both teams and, expectedly so, racked up some impressive numbers. Lowery threw for three touchdowns and ran for 3 scores. He connected twice with Matthew White and once with Keller Hatfield. White also had a 70 yard pick six that went the other way for a score in the game.

The Rockets will open the regular season next week.