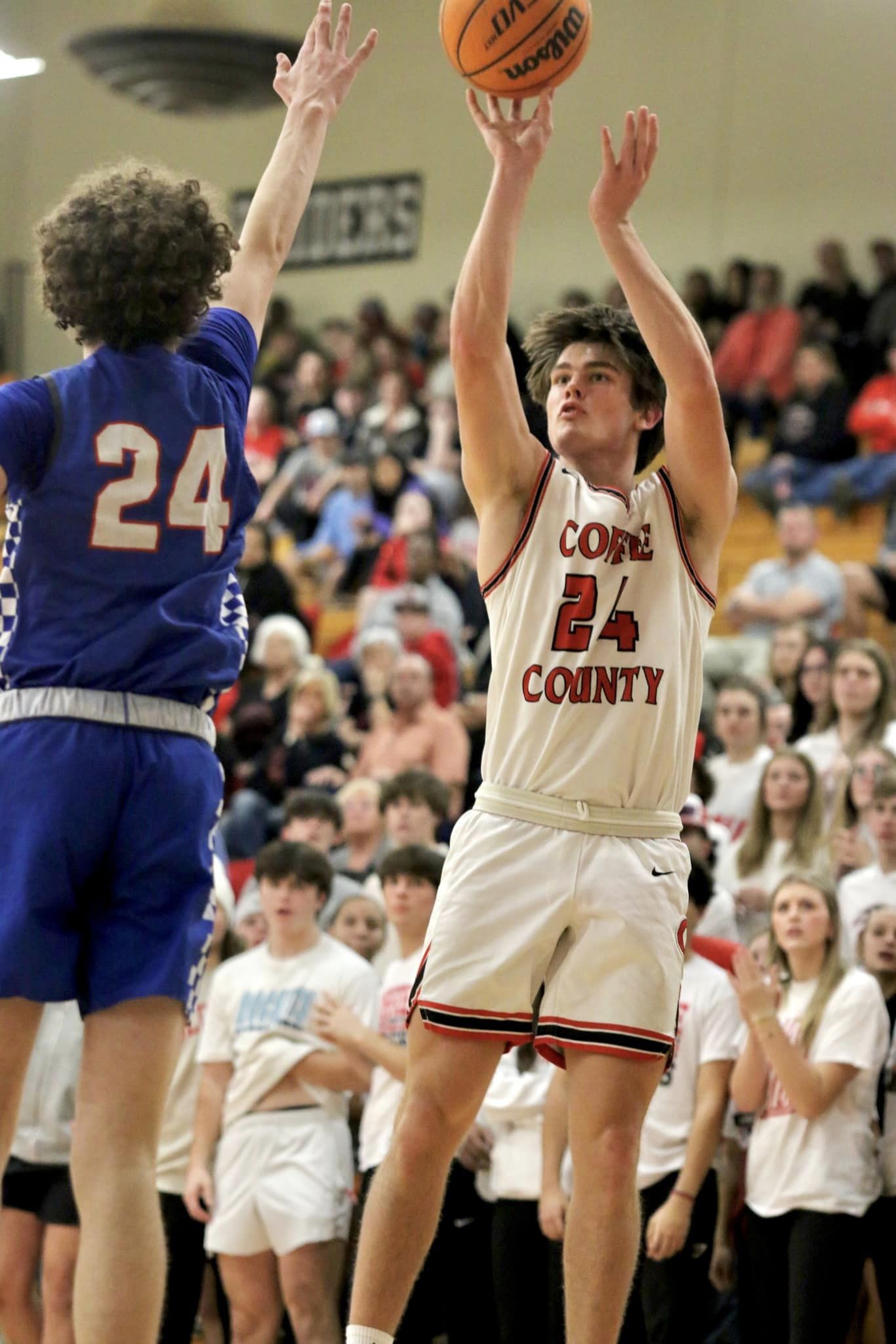 Coffee County led by 9 early in the fourth quarter and looked to be in control.

Then it all fell apart.

The Raiders turned the ball over 18 times in the second half and overtime (22 times total), eventually falling to the visiting Warren County Pioneers 63-58.

Perhaps most frustrating for the Raiders is the self-inflicted problems.

Coffee County led 32-26 at half, 42-39 after three quarters and then big back-to-back 3-pointers from Cooper Reed and Deion Subaran pushed CHS up 50-41. But the Raiders followed that up with 5 straight turnovers and the Pioneers went on an 11-0 run to take a 52-50 lead.

Reed hit another big 3-pointer to put the Raiders up 1 with 40 seconds to play but the Pioneers answered with 6 seconds to play on a put back of a missed shot by Elrod. CHS senior Dayne Crosslin went to the basket and was fouled with 0.3 seconds on the clock and had a pair of free throws – he hit the first to tie the game but missed the potential game winner.

The Raiders led in overtime early but Sawyer Seymour got hot and buried a 3 with a minute to play and then hit four free throws down the stretch to score 7 of his game high 23 in the extra period.

Coffee County was led in scoring by Reed with 19, Subaran with 16 and Crosslin with 14. CHS lost Jahlin Osbourne and Jackson Shemwell to fouls.