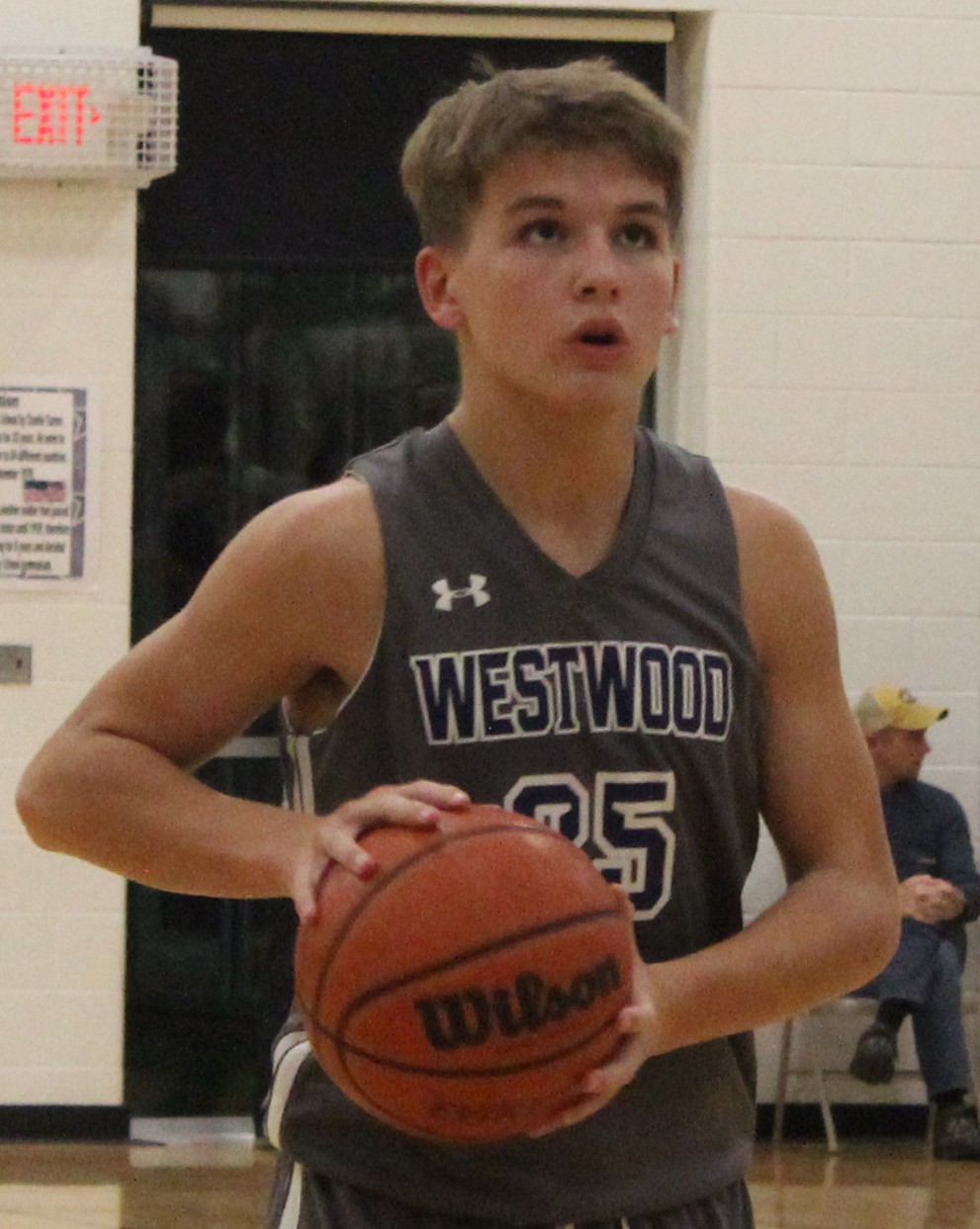 The Westwood Middle School basketball teams welcomed Boyd Christian to the Joel Vinson Gym on Monday for their final home games of the season.  In a pair of games you heard here on Thunder Radio, the Rockets and Lady Rockets rolled to a doubleheader sweep.  The Lady Rockets won 44 to 0 and the Rockets completed the sweep with a 37 to 12 defeat of the Broncos.

In the girls’ game, fourteen different Lady Rockets scored in a game that saw the starters play less than 4 minutes.  Westwood jumped out to a 22 to 0 lead in the first quarter after forcing 8 turnovers.  Princess Penaloza led the Lady Rockets in scoring with 6 points.  Audri Patton, Keena Seivers, Allie Sullivan, Kailee Rossman and Maggie Bri all finished with 4 points each.

In the boys’ game, illness forced coach Will Pannell to dress only 12 players including student manager Stevie Boles.  All 12 played in the game including Boles who scored his first career 2 points on a 3rd quarter basket.  Westwood built a 27 to 2 lead at the half before playing 6th graders in the 2nd half.  Jayden Carter led Westwood in scoring with 14 points, all of those coming in the 1st half.  Caiden Warren added 9 points while Matt Moore chipped in 4 points.

Westwood travels to Warren County on Thursday night for a pair of games at Centertown.  Thunder Radio will be on hand to bring you the broadcast as part of the 1st National Bank Hometown Sports Series.  Tip-off is set for 6 PM; our live coverage begins with the pregame show at 5:50.