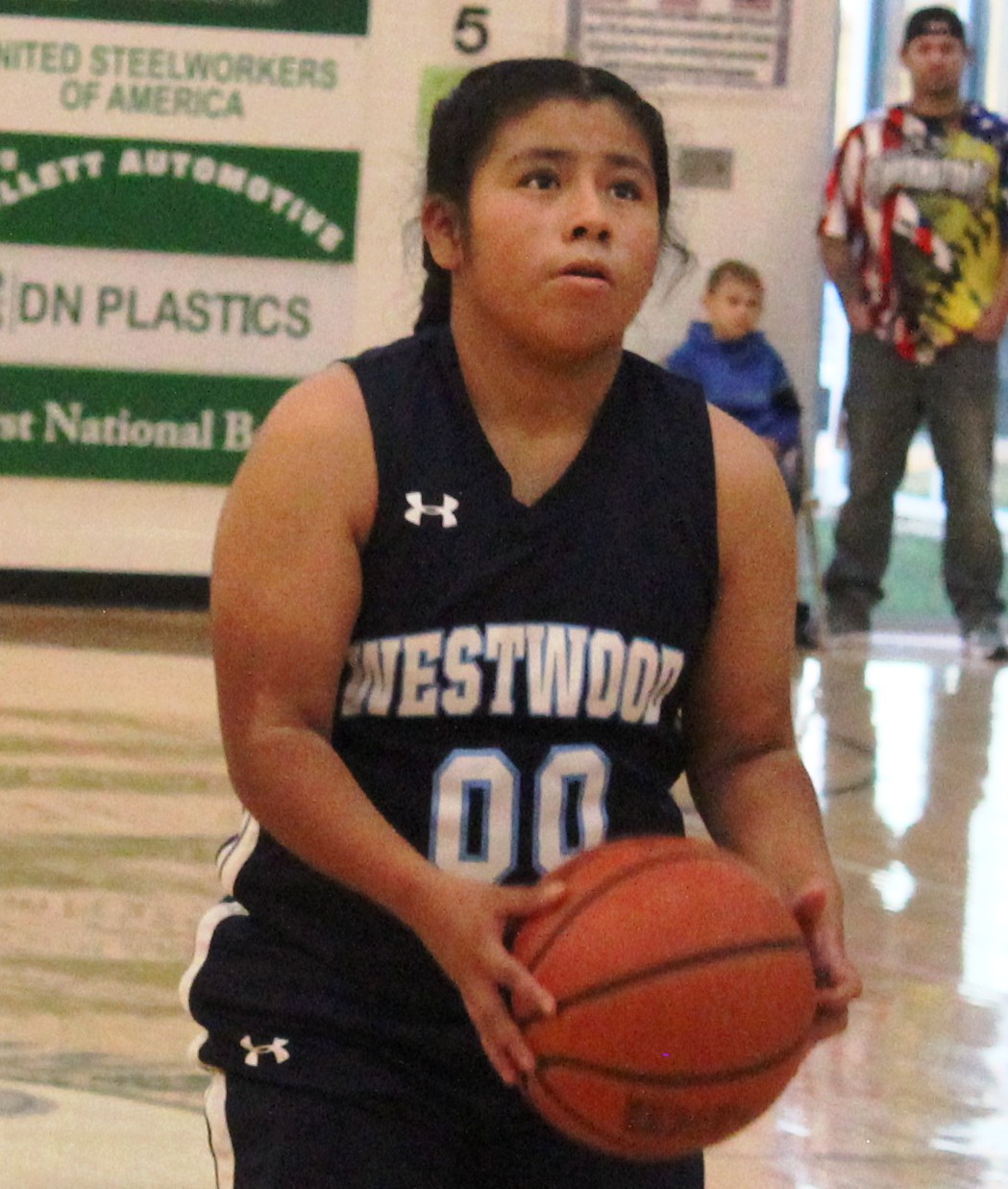 The Westwood basketball teams squared off against Centertown on Thursday night in the semifinal round of the Morrison Ruritan Tournament.  With each team matched up against the 3rd seeded Warriors of Centertown, both Rocket teams would have their hand full in their inaugural year in the Warren County Conference.  The Lady Rockets used their strong defense to earn a 38 to 17 win.  The Rockets pushed their game to overtime before falling 19 to 18.

In the girls’ game, Westwood used a strong defense to hold Centertown scoreless for the first 9 minutes and 48 seconds.  Despite an effective passing game, the Lady Rockets had a cold shooting touch from the field as they led 14 to 4 at the half.  In the 3rd quarter, Westwood caught fire and outscored the Warriors 15 to 6 to pave their path to Friday’s championship.  Leonor Moneno(on her birthday) and Remi Benjamin led the Lady Rockets in scoring as each had 9 points.  Princess Penaloza added 6 points.

In a hard-fought defensive boys’ game, the Rockets got a buzzer beating basket from Jaiden Warren to cap a 4th quarter comeback and send the game to overtime.  In overtime, the young Westwood squad was held to a single free throw in overtime to drop to the consolation game on Friday.   Caiden Warren led the Rockets in scoring with 7 points. Jaiden Warren added 4 points.

Westwood will return to Morrison on Friday night for the conclusion of the tournament.   The Rockets will take on the loser of the Eastside/Dibrell game in the consolation game at 6 PM.  The Lady Rockets will match up against Morrison in the girls’ championship game at 7 PM.