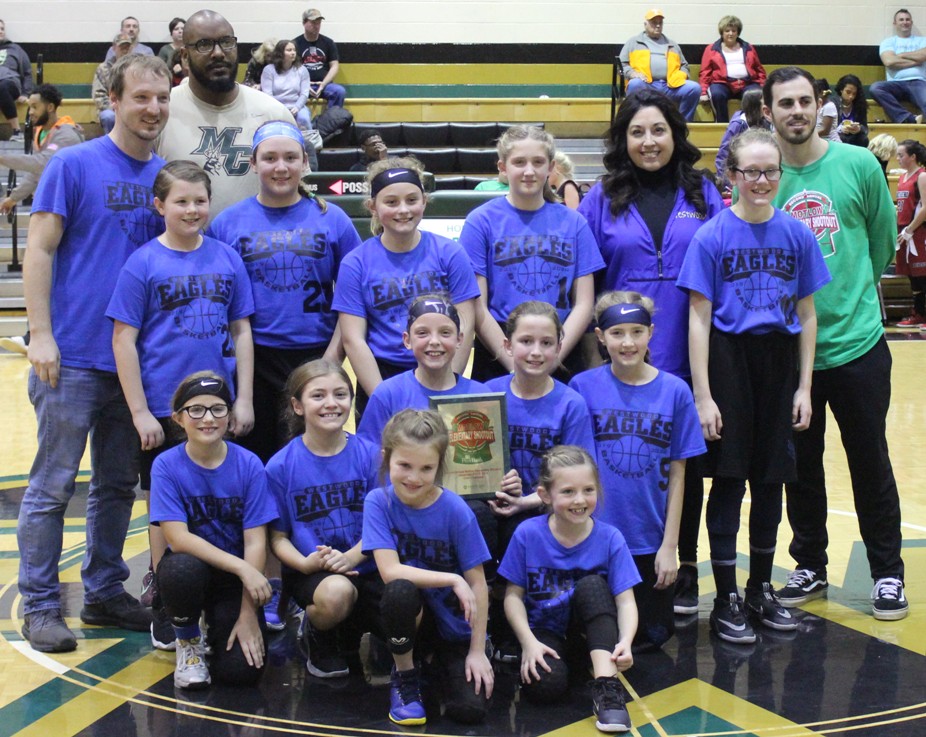 The Westwood Lady Eagles basketball team fought and clawed their way to the tournament title of the Motlow Shootout on Sunday.  The Lady Eagles capped off a 3 and 0 weekeend with a win over Decherd in the finals.  Westwood captured the title with a 21 to 10 victory.

The Lady Eagles were cold early in the title game getting a pair of free throws to take a 2 to 0 lead after 3 minutes.  After the Lady Allstars of Decherd tied the game, Jules Ferrell hit a running jumper on the baseline and was fouled.  After sinking the ensuing foul shot, Westwood dominated the remainder of the half taking a 10 to 2 lead into intermission.  Westwood held Decherd to a pair of free throws for the first 16 minutes of the 2nd half to build a 17 to 4 lead and put the game away.

Ferrell led Westwood in scoring as she had 15 points.  Reece Finch and Paisley Dyer each added 3 points for the Lady Eagles.  Westwood finishes the season with a record of 13 and 0.