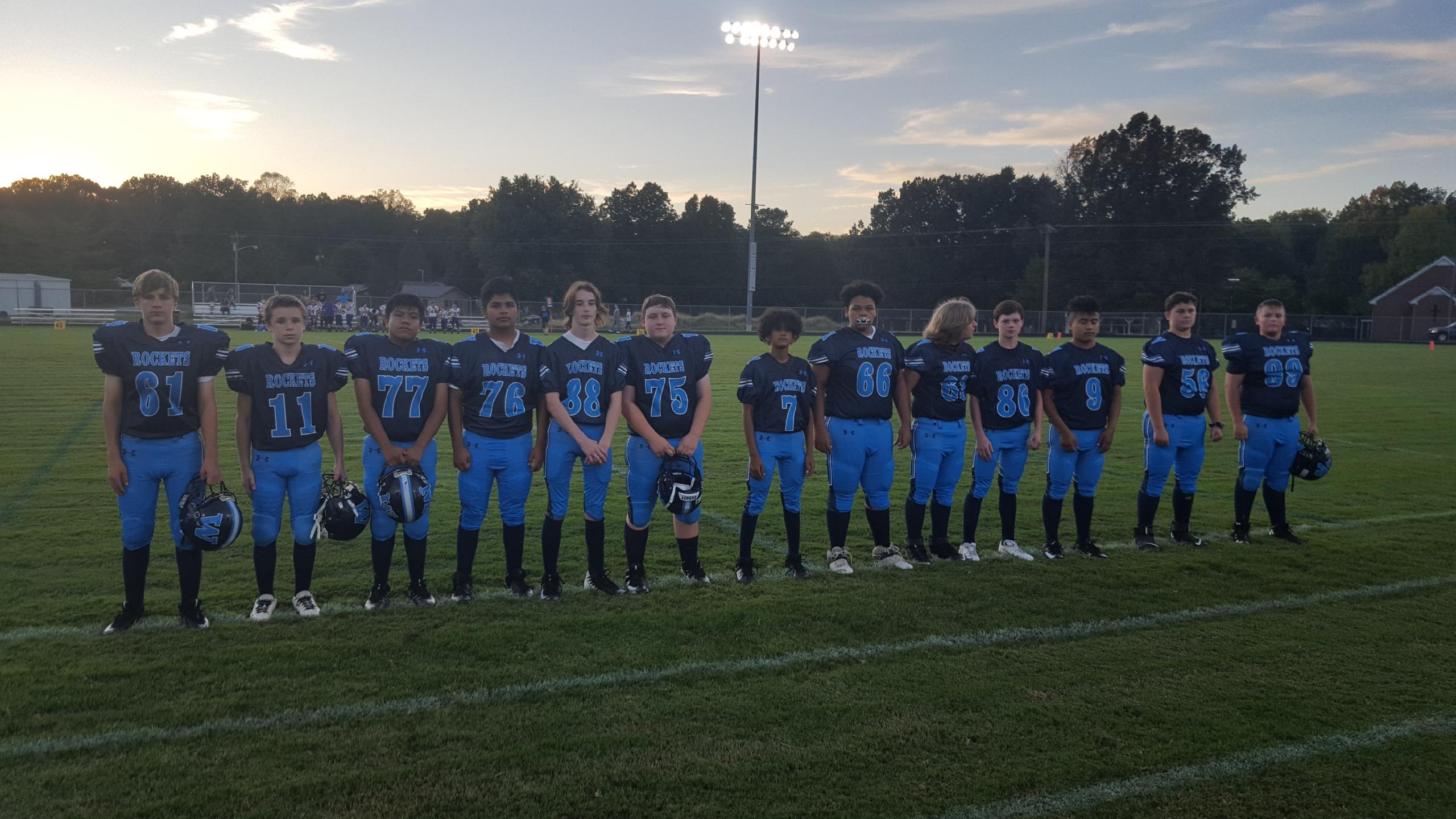 The Westwood football team wrapped up their season on Tuesday night as they welcomed Community to Dyer-Bouldin Field.  The Rockets honored their 8th graders with a pregame ceremony prior to the contest.  Due to injuries on the Community squad, Coach Chad Dyer agreed to a JV game with the Vikings.  Each team got a touchdown in the first half and that is how the game ended as Westwood and Community tied at 8.

Corey Stoval had the Westwood touchdown as he scored from 25 yards out.  Caiden Warren added the 2 point conversion on a run.  The 2 teams’ defenses combined to shut each other out in the 2nd half as Westwood settled for a tie on 8th Grade Night.  In the pregame, the 13 members of the Rockets 8th grade class were honored.