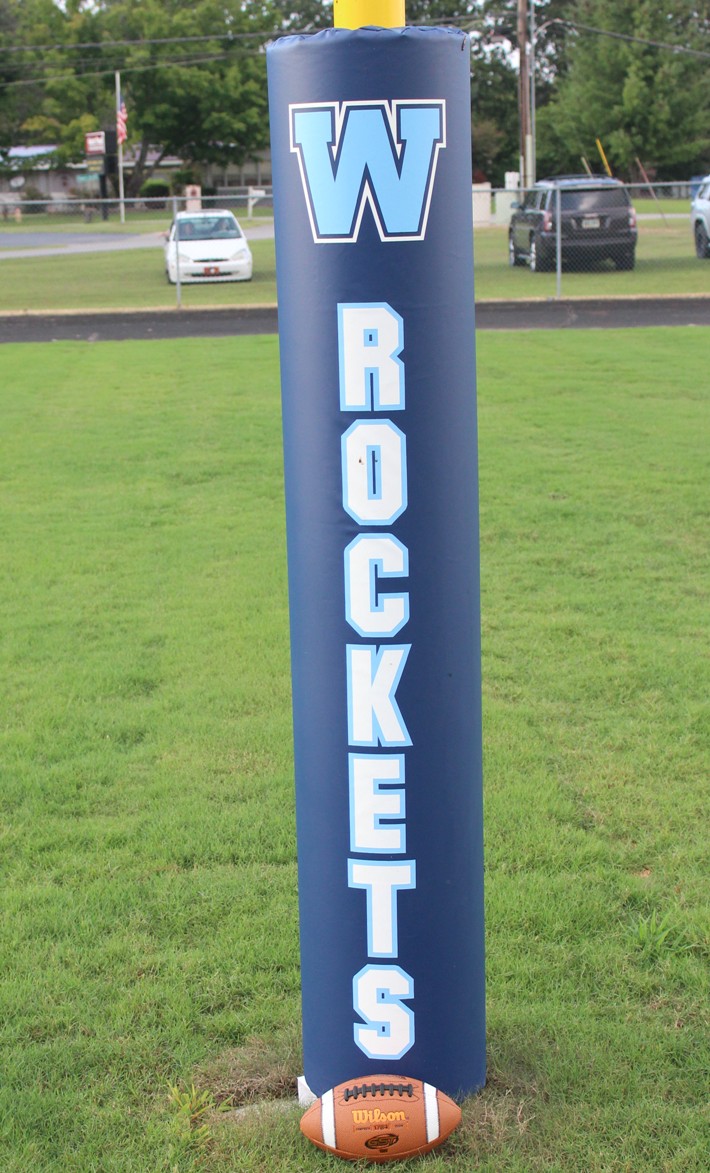 Welcoming Cascade to Dyer-Bouldin Field on Thursday night, the Westwood football team celebrated homecoming.  Cascade combined a stingy defense and a ball control offense to roll to a 22 to 0 win.  At halftime, Nick Sanfilipo and Zowee Dillard were named the Homecoming King and Queen respectively.

Cascade took the opening kickoff and commenced to take a page out of the Westwood playbook.  They used a grinding running attack to drive 57 yards in 11 plays for a touchdown while burning 7 and a half minutes off the clock.  After an onside kick on the ensuing kickoff, Cascade kept the ball away from Westwood for the first 10 minutes of the game.  The Rockets had 4 offensive plays in the first half as they trailed 14 to 0 at the half.

In the 2nd half, the Rockets managed 19 plays but are held to 1 first down and 44 total yards for the game in the loss.  Izick Sierra was the leading rusher for Westwood as he gained 30 yards on 7 carries.  Luke Keele had a pair of fumble recoveries on the night for the Rockets.

The Rockets are on the road next week when they travel to Murfreesboro.  Westwood will take on Middle Tennessee Christian School on Tuesday.  Kickoff is set for 6:30 PM.