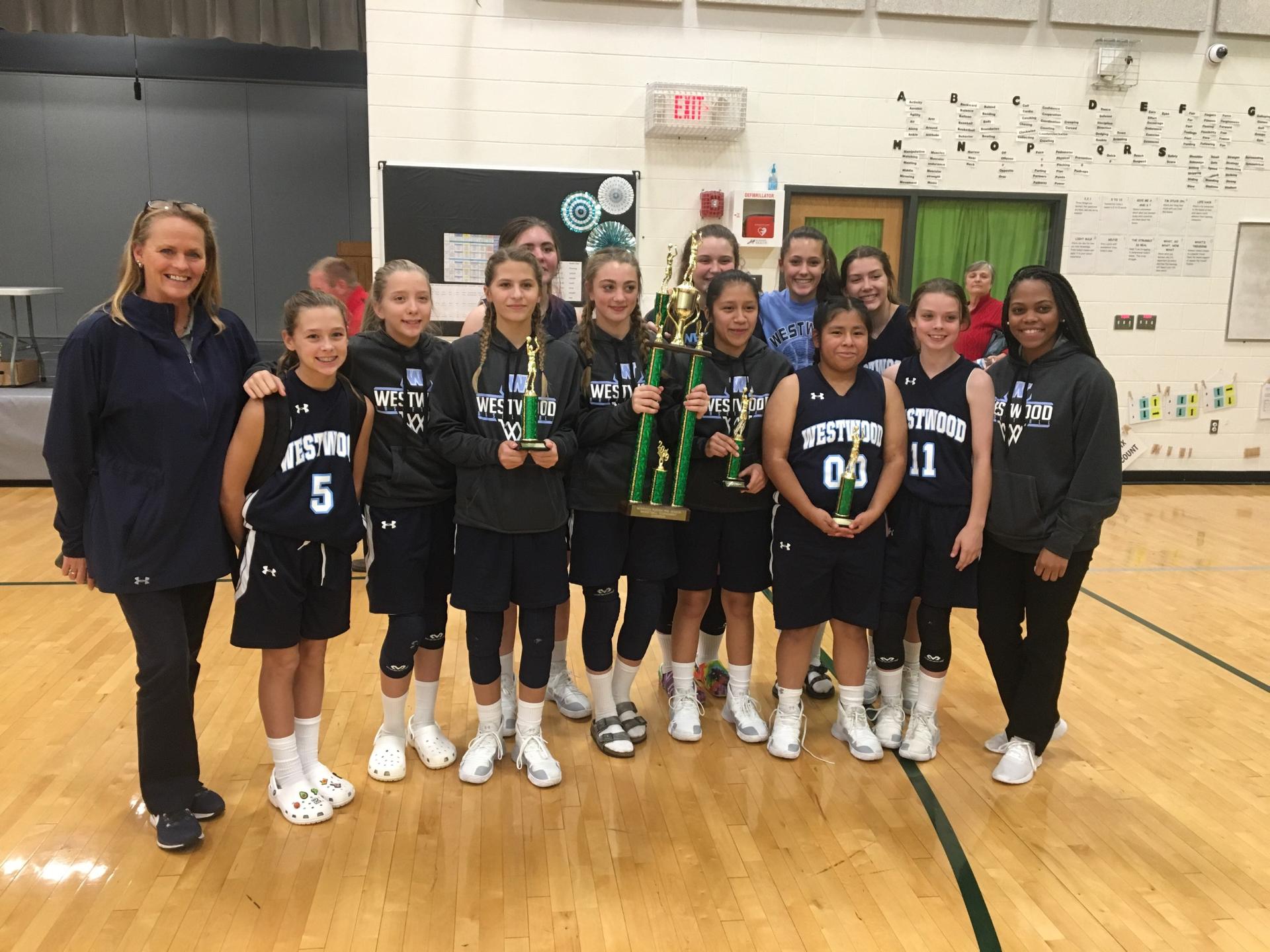 The Westwood basketball teams traveled to Morrison on Friday night for the final night of the Morrison Ruritan Preseason Tournament.  The Rockets shook off their jitters from Thursday night to get a 37 to 18 win over Dibrell in the tournament’s consolation game.  The Lady Rockets continued their tournament dominance with a 36 to 18 win over Morrison.

In the boys game, the Rockets held Dibrell scoreless in the 3rd quarter to push a 9 point halftime lead to 17 points entering the 4th quarter.  Jayden Carter led Westwood in scoring as he finished with 12 points.  Jaiden Warren added 10 points and Caiden Warren netted 9 points. Caiden Warren and Jayden Carter were named to the All-Tournament Team.

In the girls’ game, the Lady Rockets held Morrison to 5 first half points with their man to man defense allowing them to build an 18 point halftime lead.  Westwood stretched that lead to 24 points going into the 4th quarter as they rolled to the championship win.  Bryleigh Gray had four 3 point baskets to lead the Lady Rockets in scoring as she finished with 12 points.  Keena Seivers added 8 points while Leonor Moreno netted 7 points for Westwood. Gray, Moreno and Princess Penaloza were all named to the All-Tournament team from Westwood. Keena Seivers was selected as the tournament Most Valuable Player.

Westwood will hit the road again on Monday as they travel to Dibrell.  The girls’ game will tip off at 6 PM.