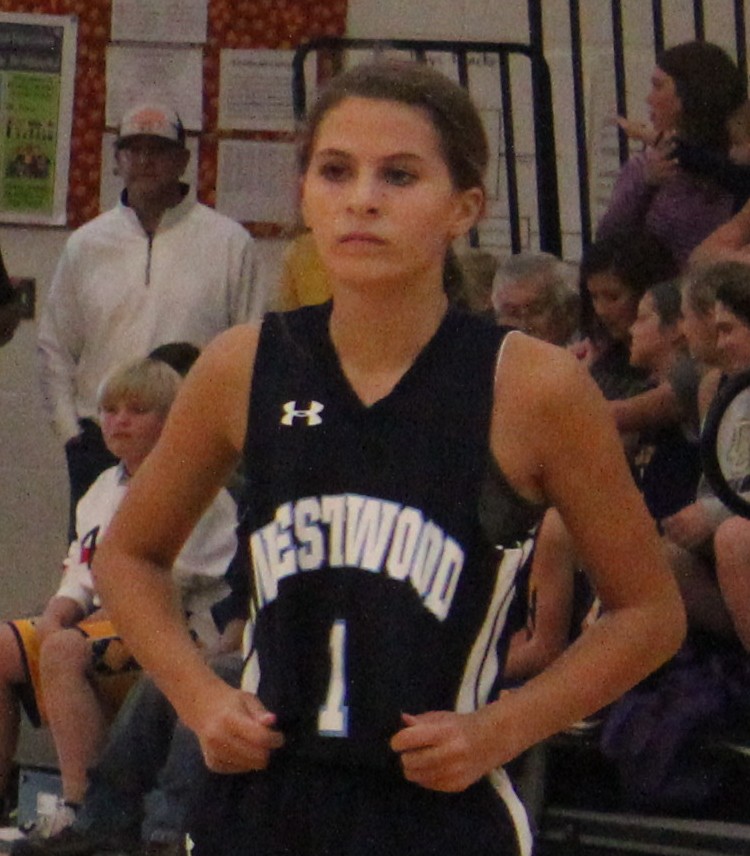 The Westwood basketball teams hosted their first home games of the year on Friday as they welcomed Morrison to the Joel Vinson Gym.  Playing before a capacity crowd in a doubleheader heard here on Thunder Radio, both Rocket teams used great defensive performances to roll to impressive wins.  The Lady Rockets won by a final score of 40 to 18 while the Rockets rolled to a 41 to 15 victory.

The Lady Rockets ran out to a 10 to 0 win in the first 5 minutes before the Lady Eagles got on the scoreboard.  The Lady Rockets scored the first 7 points of the 2nd quarter and Morrison could never get the deficit below double digits the rest of the night.  Nine different Lady Rocket players scored on the night led by Bryleigh Gray who had 12 points.  Princess Penaloza added 9 points while Leonor Moreno finished with 6 points.  The win improves Westwood to 7 and 0 on the season and 4 and 0 in conference play.

After a sloppy 1st quarter for both boys’ teams, Westwood got their offense on track in the 2nd quarter to take a 15 point lead into the halftime intermission.  After an even 3rd quarter, the Rockets held the Eagles to 2 points in the 4th quarter to roll to the win.  Westwood was led in scoring by Jayden Carter who had 19 points.  Skyler Stinson added 10 points and Dylen Trail came off the bench to score 5.   The win improves the Rockets to 6 and 1 on the season and 4 and 0 in conference play.

Westwood will return to action on Tuesday as the 6th grade teams host Irving College.  The girls’ game will tip off at 6 PM at the Joel Vinson Gym.