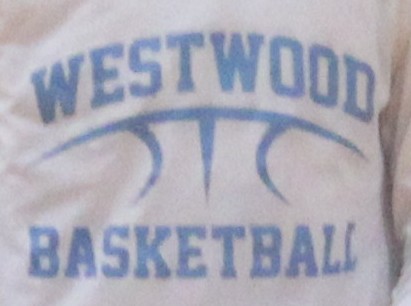 The Westwood Middle School basketball season tipped off on Tuesday in the Morrison Ruritan Preseason Tournament.  Entering a new conference this season, the Rockets and Lady Rockets were getting their first look at their new rivals from the Warren County Grammar School League.  The Lady Rockets opened the season with a win over Irving College.  The Rockets held off a late rally to edge Morrison.

In the girls’ game, Westwood held Irving College scoreless in the 3rd quarter as they rolled to a 35 to 10 win.  The Lady Rockets pushed their 16 to 5 halftime lead to 24 points entering the 4th quarter as Westwood only surrendered two baskets from the field in the game.  Seven different Lady Rockets scored led by Princess Penaloza and Keena Sievers who each had 8 points.  Allie Sullivan added 7 points.

In the boys’ game, the young Rockets opened the season with a 21 to 18 victory in a game that came down to the final horn.  Westwood held an 11 to 5 lead at intermission in a tight defensive struggle.  Morrison was able to cut the deficit to one possession in the 2nd half but the Rockets hit their layups and free throws to grab the win.  Jayden Carter led Westwood in scoring with 16 points.  Skylar Stinson added 4 points.

The Lady Rockets will return to Morrison on Thursday for a 5 PM game against Centertown.  The Rockets will take on the Centertown boys beginning at 7 PM.  Both games will be held at Morrison Elementary.