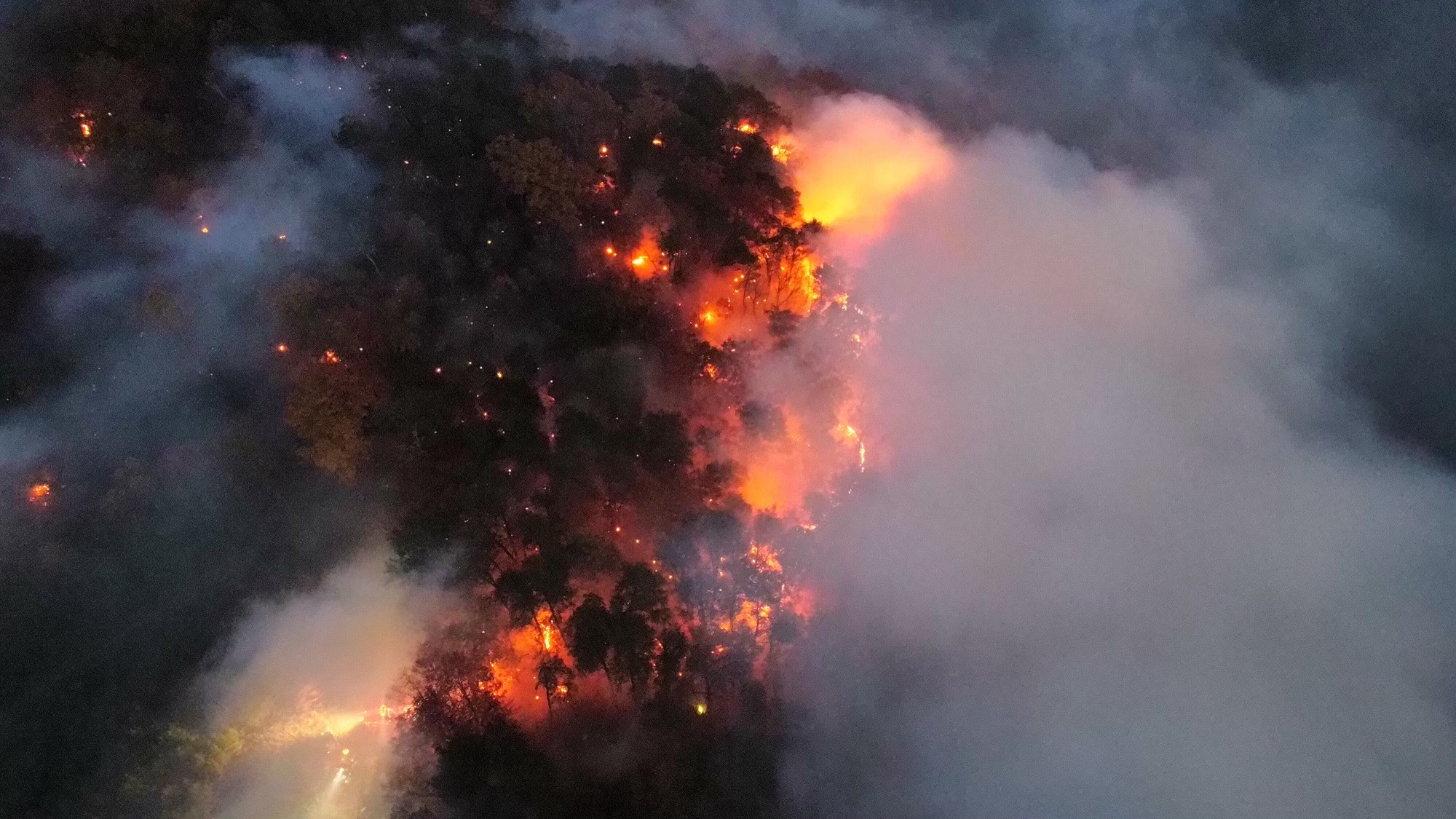 Warren County Sheriff Jackie Matheny, Jr. issued a release early Tuesday strongly recommending that all residents of Isha and Curtistown evacuate immediately. A temporary shelter has been set up at the Harrison Ferry fire department for anyone who needs temporary shelter.

According to the latest update by Sheriff Matheny, the fire is approximately 35% contained in the gulf at this time. However, with the forecasted wind speed expected to increase today, the residents at Eagles Nest should be on high alert for any changes with this situation.

A Blackhawk helicopter has made two drops at the fire.

WMSR Thunder Radio will update this article as the news happens.