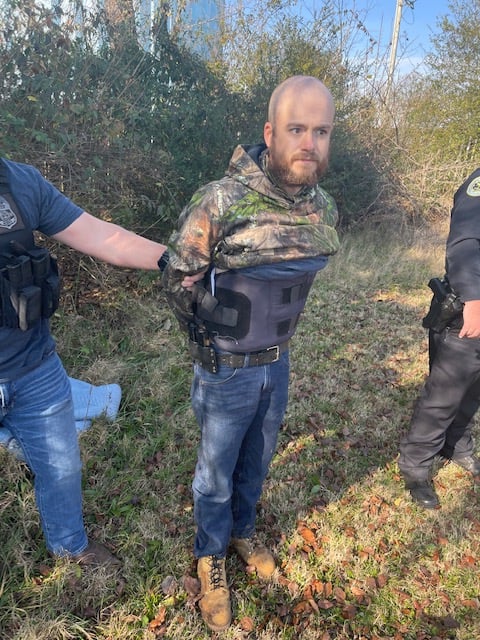 At approximately 11:15 a.m. Wednesday, an assault suspect out of Franklin County described as “armed and dangerous” was taken into custody. His name was actually Cody Daniel Morrow – not the previous name given to authorities of Andrew Gregory White.

Morrow was found by K9 officer Trigger and handler Officer Brock Horner of the Shelbyville Police Department. He was found in the 700 block of Madison Street.

Once found, Morrow refused verbal commands to exit the wooded area. However, once he was threatened with the release of trigger, he surrendered. At the time of his arrest Morrow was in possession of a loaded firearm, two additional loaded magazines and body armor.