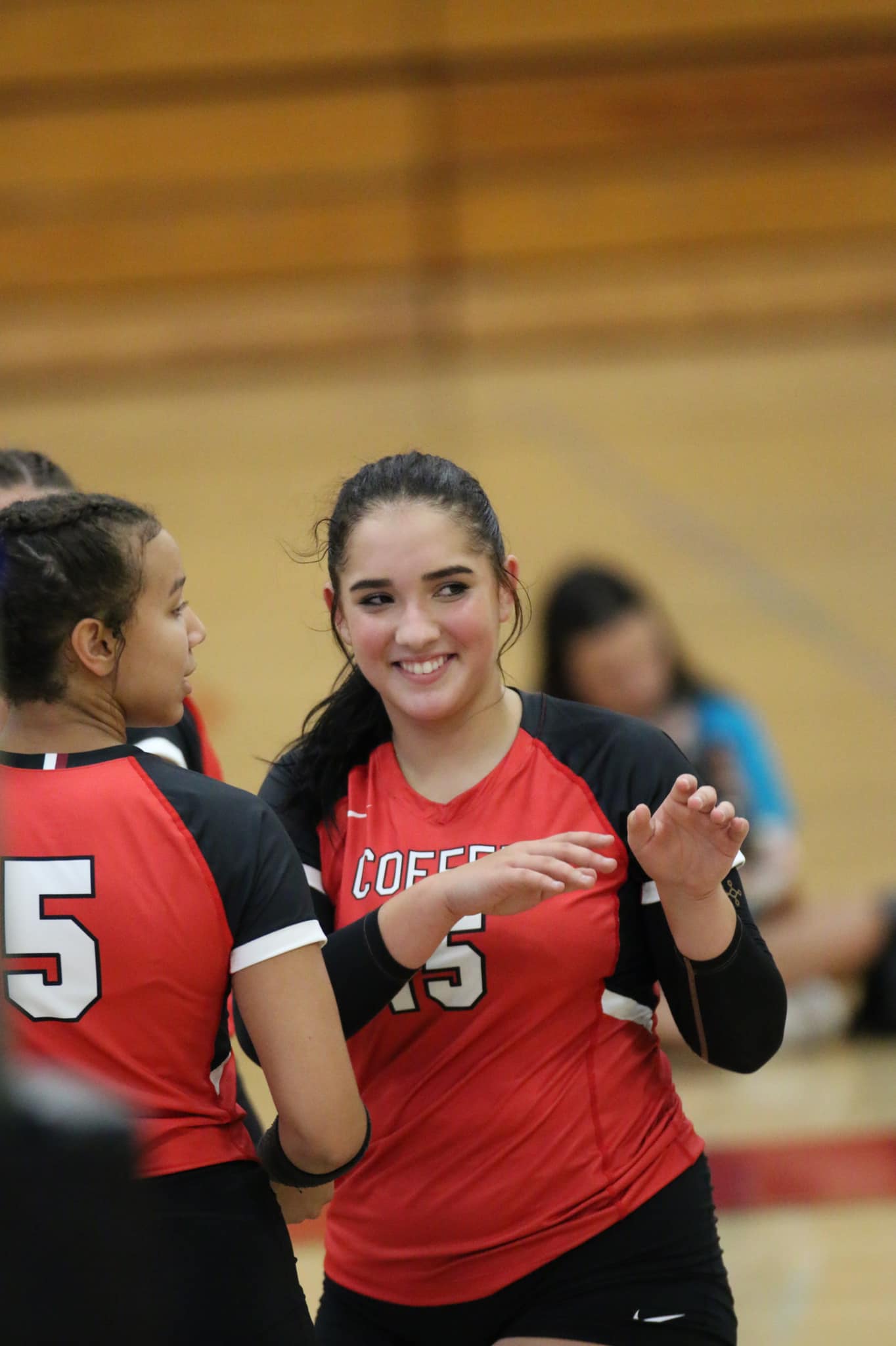 Coffee County Central Volleyball made the trek to East Tennessee for the Rocky Top Invitational over the weekend and left with a mixed bag of results.

Gia Perez led Coffee County with 6 kills and a pair of aces. Madison Pruitt served up 4 aces for Coffee County and Kurry Neel pounded out 5 kills.

Coffee County struggled for the second straight match, falling 17-25 and 12-25.

The Lady Raiders only managed 15 kills and 1 ace as a team in the short, 2-set match. Perez had 4 of the team’s 15 kills and Zowee Dillard notched 3.

Five different Lady Raiders recorded kills in the win, paced by 6 from senior middle hitter Anna Johnson and 5 apiece by Perez and Neel. Abby Clark picked up 4 digs from the back row.

The Lady Raiders got their second win of the tournament, 25-21 and 25-18 over Jackson High School.

Coffee County was solid at the service line – serving at 90% accuracy and picking up 7 aces, led by 3 from Johnson.

Coffee County managed to put together a solid service game over the three sets – serving at 94 percent and picking up a pair of aces each from Perez and Pruitt. But the ability to kill the volleyball was not there. Coffee County got just 13 kills as a team over the three sets, led by 4 from Camry Moss. Abby Clark picked up 11 digs on the back row.