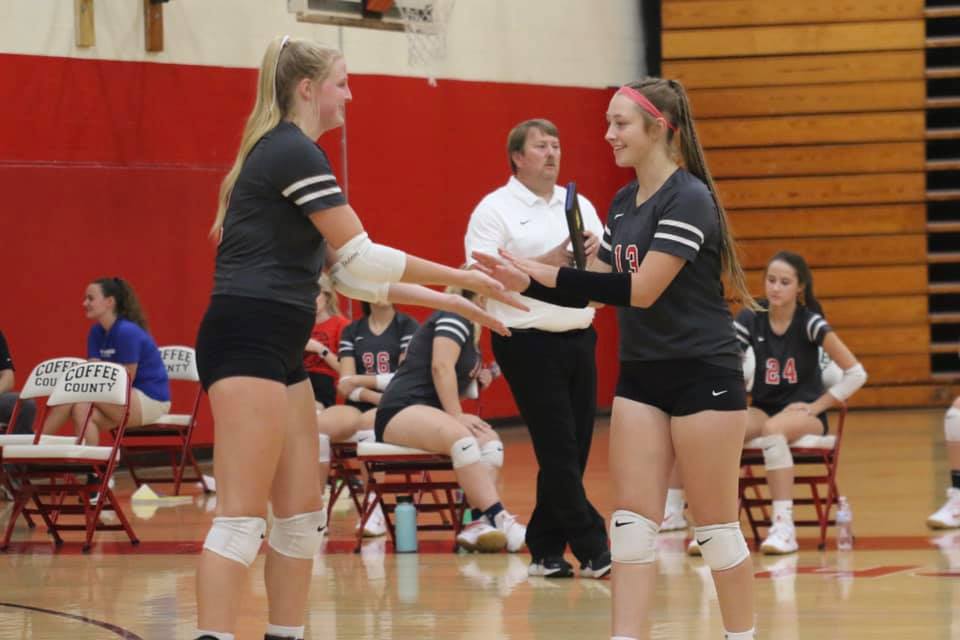 When Coffee County Central’s volleyball team played Franklin County in Winchester back on Aug. 31, it was a 5-set marathon that lasted two-hours and required a strong comeback by the Lady Raiders to escape with a win.

The Lady Raiders made sure it was much simpler Thursday in Manchester. CHS put a beating on the visiting Rebelettes, winning 25-17, 26-24 and 25-18 for a clean 3-0 sweep.

Franklin County nearly pulled out a win in the second set, taking a 24-20 lead. But Anna Johnson got hot at the service line and the Lady Raiders rattled off 6 straight points to take the set and eventually the match.

Coffee County spread around the production all night. Lauren Brandt led the team with 7 kills and she added a pair of service aces. She added six assists.

Ferrell’s 5 kills added to her school record. Over the weekend Ferrell surpassed the school record and is now the all-time kills leader for Lady Raider volleyball with over 700 for her career. On Thursday, she led the team in assists with 17 and she turned in a team-leading performance with 5 digs.

The win keeps CHS unbeaten in district play and improves the Lady Raiders to 12-8 overall. They will host the Southern Slam this weekend before closing the regular season with four straight road matches.