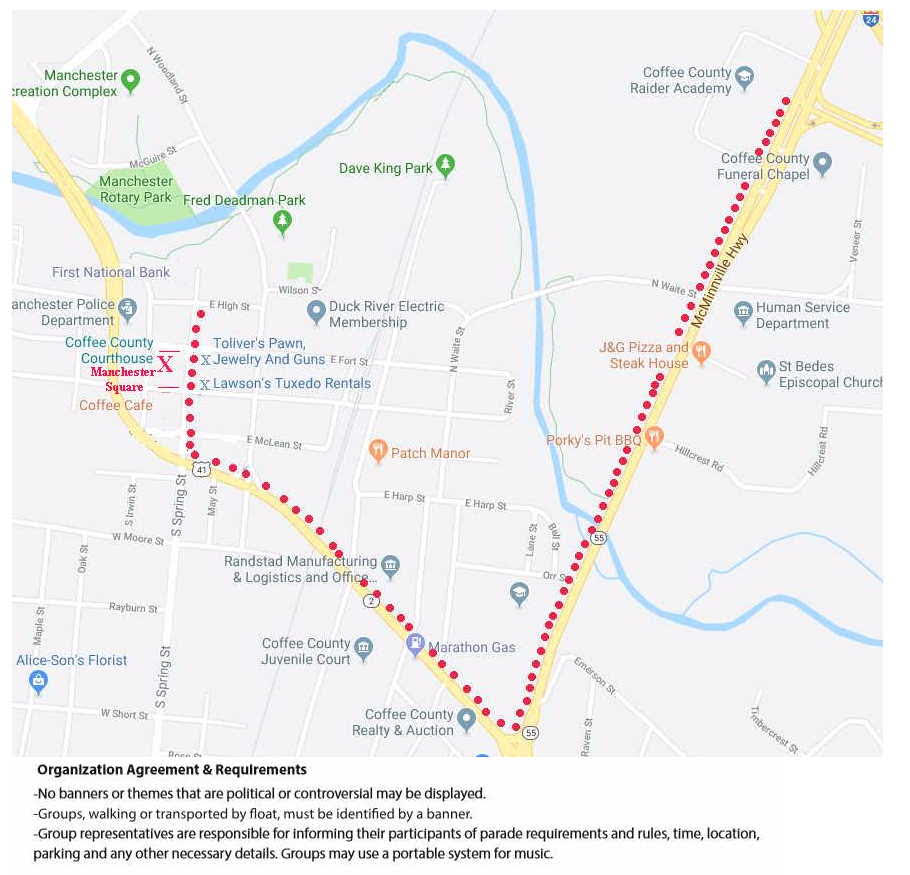 The Coffee County Veterans Association (CCVA) will conduct the first ever Manchester Veterans Day Parade on Saturday, November 9th starting at 10 a.m.  with a very special parade line-up followed by a military veterans ceremony, and live music and entertainment directly following the parade.

The parade will begin at the Coffee County Red Raider Academy and proceed down State Highway 55 terminating on the Manchester City Square.

The ceremony will be at the Manchester City Square immediately following the parade.

The Grand Marshall for the parade will be Mr. Edward Reader, a World War II Army Air Corps Veteran.  Reader’s B-17 Flying Fortress bomber was shot down and subsequently he was held as a Prisoner of War by the Germans in Romania following a bombing raid on the oil refineries at Ploiesti.  He is but one example of the countless courageous heroes and military veterans we take pause to celebrate this Veterans Day.

Local vendors, businesses and civic organizations will also be on hand on the square at this event as our community celebrates the men and women in uniform who have served and currently serve in defending our nation, our freedoms, and our way of life.

The Coffee County Veterans Association, which consists of the Veterans of Foreign Wars, Disabled American Veterans, and American Legion posts extends an especially warm welcome to all Coffee County residents and ask that you join us as we honor  and respect our military veterans.