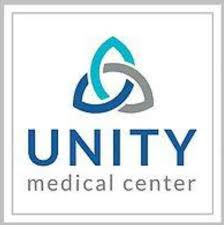 Unity Medical Center filed final paperwork with the Tennessee Secretary of State to convert from a for profit to a non-profit hospital.

The Internal Revenue Service approved the hospital’s request last December. The transition from a for profit, physician-owned hospital to a non-profit hospital means that Unity will be able to expand its services at the hospital and physician clinics in order to keep up with advances in medical technology and to meet the evolving medical needs of the growing community.

“This is a great day for Unity Medical Center and for the future of healthcare in the Manchester area,” stated Martha McCormick, Chief Executive Officer of the hospital. “This transition opens the door for us to take advantage of opportunities to bring more quality healthcare services to our community.”

“When the Affordable Care Act was enacted it prevented existing physician-owned hospitals from adding new services,” explained Bappa Mukherji, Chairman of the Board of Unity Medical Center. “Since 2010, and since the 2015 merger of the hospitals, we have not been able to add new services regardless of the medical need for them in our service area. While this restriction had some basis in urban areas, the law was simply written too broadly and adversely affected rural hospitals like Unity.”

Mukherji continued, “For example, the Act was passed before the onslaught of the opioid epidemic. Since we had outpatient clinics in 2010, we were able to add outpatient opioid addiction treatment services in 2016 and now actively treat over 650 patients in one of the largest treatment clinics in Tennessee, but we were not allowed to add desperately needed inpatient medical detox and are sending patients all over the state right now.”

New services that Unity plans to implement soon are inpatient medical detox and opening an intensive care unit (ICU). Another service that could soon follow is the use of telemedicine through a partnership with Tristar Centennial that will allow for patients at Unity Medical Center to be examined remotely with the use of a robot by specialists at other hospitals.

“We have a four-bed ICU unit that was not in active use in 2010 so we have not been allowed to reopen it. Reopening the unit will enable us to take care of more acute patients in Manchester, closer to their homes and families,” said Mukherji.

In addition to adding new services, Unity will be eligible for more grants as a non-profit.

“We will qualify for additional grants, specifically to recruit physicians, and we will also be eligible for some student loan-forgiveness programs for workers moving to rural healthcare settings,” said McCormick.

The decision to convert to a non-profit was approved by both the shareholders and the Board of Directors of the hospital at two separate meetings in early July.

A committee was formed to appoint a new board of directors of community representatives.

The transition will have no disruption of daily operations at the hospital. The management team will remain in place and employees should expect no interruption in hospital operations, pay or benefits.

“This was a strategic move to strengthen our hospital, our business and our ability to
provide the best quality healthcare to our rural community,” said McCormick. “We are excited about the possibilities this opens up to us at Unity Medical Center.”

Unity Medical Center is a 49-bed acute care hospital located at 481 Interstate Drive in Manchester that operates two rural health clinics employing over 40 medical providers. The hospital can be reached by phone at 931-728-6354.