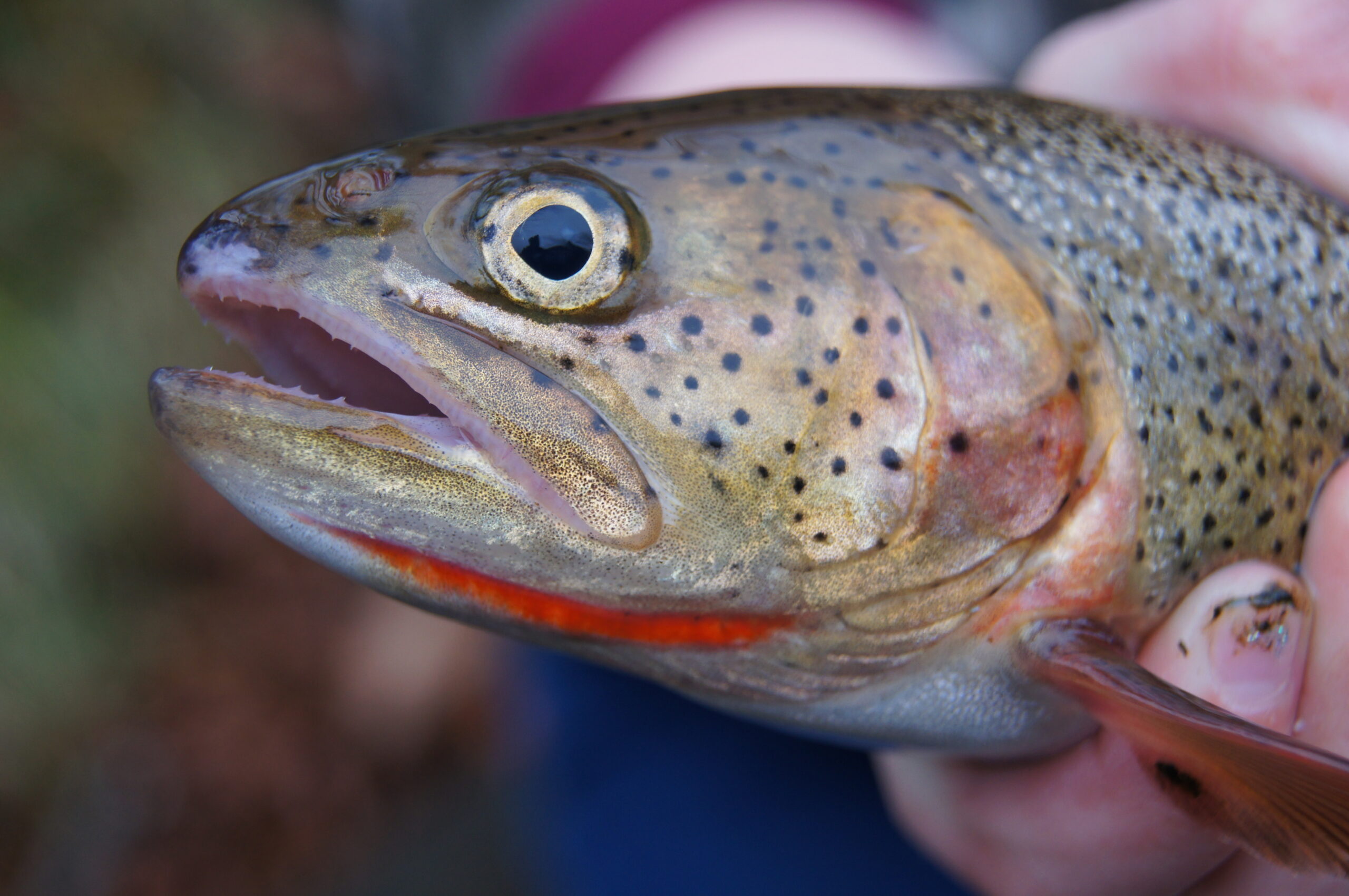 For the first time since the 1960s, Cutthroat Trout are being stocked into Tennessee’s waterways to provide anglers with the opportunity to catch a different trout species at a few locations.

On Wednesday afternoon, 2,550 Cutthroat Trout were released into the upper portion of Fort Patrick Henry Reservoir on the Holston River below Boone Dam.  Last week, 3,000 cutthroats were also stocked into the Hiwassee River, and there are plans to release 2,250 more into the Tims Ford tailwater on the Elk River in the coming months.

These cutthroats are of the Snake River fine-spotted Cutthroat Trout strain and were provided through a partnership with the U.S. Fish and Wildlife Service.

The fish were hatched and raised at the Dale Hollow National Fish Hatchery and were recently transferred to the TWRA Flintville Hatchery.  Hatchery trucks delivered the fish to the TWRA Smith Shoals Access Area where they were released into the Holston River by wildlife technicians and fisheries biologists.  On the Hiwassee River, they were stocked at multiple locations in the delayed harvest section of the river.

Cutthroat Trout regulations at Boone and Tims Ford fall under statewide regulations of 7 trout daily creel limit in combination with other trout species and with no minimum length limit.  Currently, the cutthroats on the Hiwassee River from the Apalachia Powerhouse downstream to the L&N Railroad Bridge fall under the delayed harvest regulation and must be released.  However, from March 1st through September 30th, there will be a daily creel limit of 7 trout in combination with other trout species and no minimum length limit.

For more information on trout fishing in Tennessee, visit: https://www.tn.gov/twra/fishing/trout-information-stockings.html