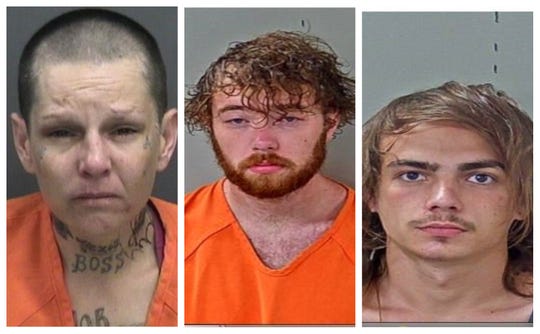 Two of three suspects in the murder of Christiana resident Terry Barber have been convicted and now sentenced to prison.

Barber, 68, was a long time Rutherford County resident who was well known for selling college memorabilia and SEC clothing. Barber was also a well known high school umpire, including dozens of games called in Coffee County. He was killed in June of 2019.

On July 6th, Vernice Farrar was found guilty of first-degree murder and sentenced to life in prison. Devan Gailey entered a plea of guilty to felony murder and especially aggravated kidnapping. Gailey received a life sentence with the possibility of parole and a concurrent 25-year-sentence to serve.  Farrar, 42, will be eligible for release in September of 2078. At that time, she will be 98-years-old. Gailey, 23, will also be eligible for release in September of 2078. If released, he will be 79-years-of-age.

Brent Ross, the remaining suspect to be heard in court, was ordered to undergo a forensic evaluation by a mental health center. On July 29th, the mental health provider corresponded with the courts. Ross is now scheduled to appear in court in January of 2023