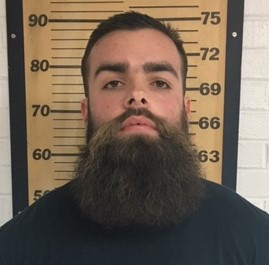 An investigation by Special Agents with the Tennessee Bureau of Investigation has resulted in two former corrections officers with the Warren County Jail being charged with tampering with governmental records.

At the request of 31st District Attorney General Lisa Zavogiannis, on January 14th, TBI Agents joined investigators with the DA’s office in investigating an inmate death that had occurred on that date in the Warren County Jail. During the course of the death investigation, Agents developed information that two corrections officers, Zechariah Clark and Steven Mason, did not conduct the required jail walk-through, and jail logs were altered at some point to reflect that the walk-through had been completed. Neither man is still employed at the jail.

On September 6th, the Warren County Grand Jury returned indictments charging Zechariah Jacob Clark (DOB 10/26/1996) and Steven Thomas Mason (DOB 02/20/1991) each with one count of Destruction of and Tampering with Governmental Records. On Monday, Clark and Mason were arrested and booked into the Warren County Jail.