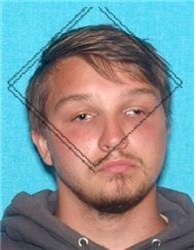 Two Coffee County Sheriff’s Department deputies were involved in a shooting at the Interstate-24 overpass at exit 117 early Tuesday morning, May 24, 2022.

According to Sheriff Chad Partin, deputies were responding to a call of a suicidal subject at the 117 overpass (AEDC exit). That subject has since been identified as Evan Krenson, age 20.

Deputies made contact with Mr. Krenson and began talking with him in an attempt to get him to seek medical treatment. It was at this time that Mr. Krenson allegedly produced a handgun and fired upon deputies. At that time, deputies returned fire and struck Mr. Krenson. He was transported to the hospital for treatment where he remains in critical but stable condition. His injuries are not expected to be life threatening, according to Partin.

The names of all of the deputies involved have not yet been released. The bridge was closed for much of the early morning. It was open again as if 6 am Tuesday. The TBI is leading the investigation at the request of Coffee County 14th Judicial District Attorney General Craig Northcott.

More information will be released as it is available.