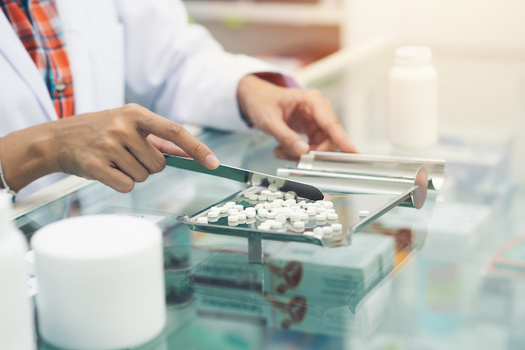 Under current law, Tennessee patients can be required to use certain pharmacies to fill their prescriptions, but a bill in the state Legislature could change that.

On Tuesday, the House Insurance Subcommittee passed a bill to ban so-called “patient steering,” and increase transparency and regulation of drug pricing.

Davidson County resident Eben Cathey said his wife, who has ALS, recently was told she almost certainly would need to change pharmacies, and potentially switch providers, after enrolling in Medicare.

“And that comes with several barriers,” he said. “I mean, one, some of these providers and the pharmacists are not close to us. So, it’s going to be much more inconvenient to drive 40 minutes round trip, as opposed to a 10-minute round trip.”

House Bill 1398 would stop the companies that manage prescription benefits on behalf of health insurers – called pharmacy-benefit managers – from directing patients toward their preferred network of pharmacies, affiliated hospitals and providers. It also would allow people to get drug-cost information directly from pharmacies. Pharmacy-benefit managers argue their industry helps lower drug costs for patients.

In addition, the bill would free up data on drug pricing to provide accurate information to patients at the time of care. Cathey said he and his wife currently expect to pay up to $1,000 a month to cover prescription costs.

“Along with the uncertainty of seeing our network of support, and the providers and pharmacists that we’re used to seeing, we have a relationship with,” he said, “there’s also the extra burden of really high drug coverage costs.”

Cathey added that navigating the health-care system for someone with a complex and rare disease has taken a mental toll, as well.

“Dealing with a chronic illness is stressful enough,” he said. “So it’s really a shame that, in order to receive quality care, you have to move through another set of barriers.”

Between 2012 and 2017, the cost of the average Tennessean’s prescription drugs increased by 58%, and around 34% of residents say they’ve stopped taking a medicine they need because they can’t afford it, according to data from AARP.