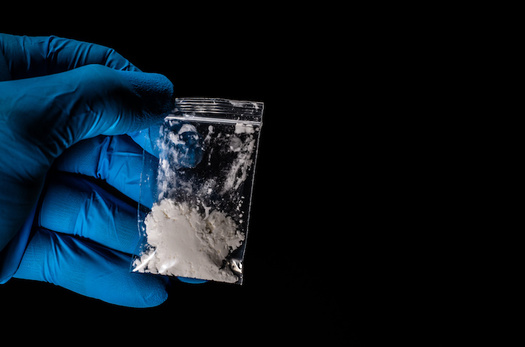 Across the state on Wednesday, events are being held to commemorate International Overdose Awareness Day in Tennessee.

State data showed in 2020, more than 3,000 Tennesseans died of drug overdoses, a 45% jump in deaths from 2019 and the largest yearly increase on record.

Edmond Strickling, a police officer and member of the Police Activities League in Nashville, said there is an abundance of misinformation on fentanyl. He explained overdoses occur when the powder enters the bloodstream, which can happen inadvertently, through a cut or wound, or by touching the eyes, nose or mouth after handling a substance laced with fentanyl.

“You may have someone that may be using recreational drugs, and can inadvertently end up with something that may contain fentanyl,” Strickling observed.

The Tennessee Department of Health said fentanyl is responsible for the uptick in overdose deaths. Free training on how to prevent opioid overdoses with naloxone is available online.

Strickling noted police officers will be taking back unused or unwanted prescription drugs at First Horizon Park in downtown Nashville.

“Family members, a friend or anyone, can bring back or turn in their unused or expired prescription drugs,” Strickling stated. “It may not be a lot, but it’s a start to keep it from ending up in the wrong hands, of someone that may feel like, ‘Hey, I have access to this.’ “

And the rise in social media-related mental health issues, Strickling pointed out young people are especially vulnerable to using drugs as a coping mechanism.

“Particularly in a high school, you have kids that are dealing with stress,” Strickling emphasized. “You’ve got to look at the challenges that these teens are dealing with.”

According to recent data from the Centers for Disease Control and Prevention, the U.S. shattered records for overdose deaths nationwide in 2021, with more than 100,000 lives lost. Eighty percent of those deaths were attributed to opioids.