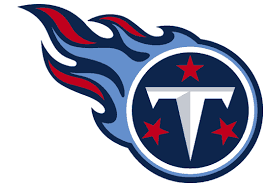 One preseason game is in the books, and it ended with plenty of things the Titans should feel good about.

Quarterback Marcus Mariota played just one series, but in short time proved he already has nice chemistry with receiver Adam Humphries, who had four quick catches.

Back-up quarterback Ryan Tannehill looked really solid in his Titan debut, throwing two touchdown passes in the first half as the Titans jumped out to the lead over the Eagles. And heck, third-team QB Logan Woodside looked pretty good himself, tossing a pair of touchdown tosses, too.

The Titans saw a pair of tight ends – MyCole Pruitt and Anthony Firkser – catch touchdown passes on a night when veteran Delanie Walker didn’t dress out, and a number of receivers also made some nice plays, including Kalif Raymond, one of the surprising starts of training camp.

All was not positive in the team’s preseason opener – a 27-10 win over the Eagles, however.

Cornerback Adoree’ Jackson got beat deep for a touchdown, receiver Taywan Taylor was guilty of several drops and the Titans saw reserve linebacker Riley Bullough leave with an elbow injury.

But the preseason usually offers plenty of positives and negatives, right?

And on this night, the Titans played without a large number of starters.

Mariota completed 4-of-8 passes for 24 yards in the game before being replaced by Tannehill at the 7-minute mark of the first quarter. Mariota guided a drive that ended with a fourth-and-seven incompletion at the Philadelphia 23-yard line. Mariota targeted Humphries on six of his eight throws, completing four of them for 24 yards. He sailed a few.

When Tannehill entered the game, he was sharp in his Titan debut. Tannehill completed 12-of-16 passes for 130 yards and two touchdowns – a one-yard toss to Pruitt and a 23-yard pass to Firkser – in the game, good for a passer rating of 138.0.

Woodside replaced Tannehill at the end of the second quarter and played the entire second half. Woodside’s 25-yard touchdown pass to receiver Cody Hollister gave the Titans a 21-10 lead in the fourth quarter, and he then connected with Tanner McEvoy for a 17-yard touchdown strike to make it 27-10 with 9:37 left. Woodside finished the night 15-of-20 for 138 yards and the two scores.

After getting their first score on a 53-yard field goal by Jake Elliott, the Eagles scored on a 75-yard touchdown pass from Nate Sudfeld to Marken Michel, who got past a diving Jackson for the score. But the Eagles didn’t score again.

And while Raymond (six catches, 80 yards), Hollister and McEwen proved to be among the success stories of the night, it was an off night for Taylor, despite him making several catches. Taylor dropped a would-be touchdown pass thrown by Tannehill, and he also failed to haul in a few passes he normally catches.

The Titans will look to clean up their mistakes – they were penalized 12 times for 117 yards and missed two extra points – when they return to the practice field on Saturday.

The Titans face the New England Patriots in preseason game No.2 next week after a pair of joint practices during the week.