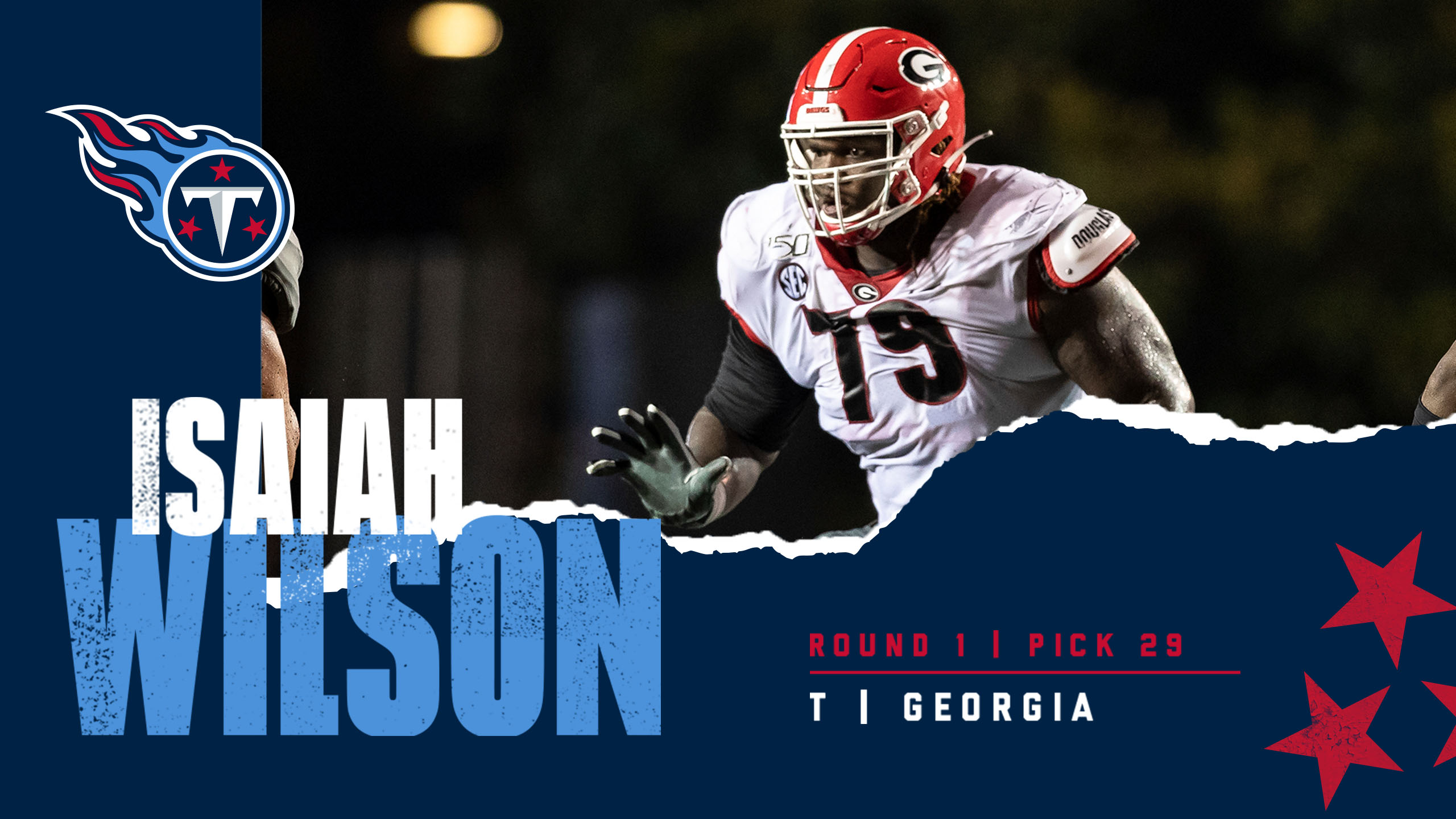 The Titans selected Georgia tackle Isaiah Wilson with the 29th overall pick in Thursday night’s NFL Draft. Thunder Radio brought you all the action as part of the Titans Radio Network. Wilson was a former 5-star recruit in the 2017 class. The Brooklyn-native enrolled in Athens at 6’6 350 pounds, making him one of the most intriguing offensive line prospects from the jump.

The red-shirt sophomore decided to declare for this year’s draft early and now he will join a long line of Georgia offensive lineman in the NFL. The 6-foot-6, 350-pound mountain of a man is originally from Brooklyn, New York, and he exited high school as the nation’s No. 16 overall prospect and the No. 5 offensive tackle for the class of 2017, according to 247Sports Composite Rankings.

After redshirting in 2017, Wilson started all 14 games at right tackle in 2018, leading to his selection to the 2018 Coaches Freshman All-SEC team. He battled an injury from time to time in 2019 but still managed to play in 11 games, starting in 10 of those.

Wilson played 25 games at Georgia and was named to the  Football Writers Assn. of America Freshman All-America Team as a red-shirt freshman and in 2019 was named to the Associated Press All-SEC 2nd Team.