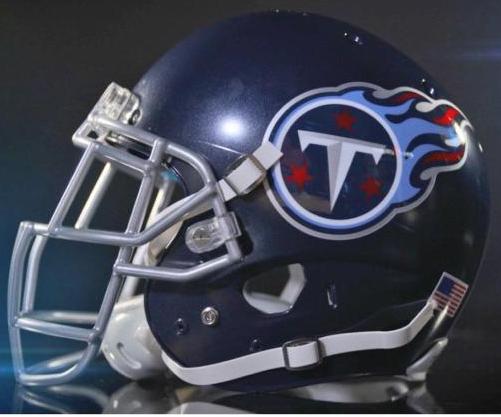 The Tennessee Titans (2-2) return home this week after playing three of the first four games of the season away from Nissan Stadium (capacity 69,134). Kickoff against the Buffalo Bills (3-1) is scheduled for noon CDT on Sunday, Oct. 6.

The Titans Radio Network, including Thunder Radio will carry the game across the Mid-South with the “Voice of the Titans” Mike Keith, analyst Dave McGinnis, sideline reporter Amie Wells and gameday hosts Rhett Bryan and Jonathan Hutton.

The Titans ended a two-game skid with a 24-10 road win in Atlanta last week. Quarterback Marcus Mariota passed for 227 yards and three touchdowns, including a pair of scoring tosses to rookie wide receiver A.J. Brown.

Brown, a second-round draft pick, had 94 yards on three receptions. He combined with fellow receiver Corey Davis, who had five catches for 91 yards and a score, to give the Titans their first duo with 90 receiving yards each since Nov. 16, 2017 (Rishard Matthews and Delanie Walker at Pittsburgh).

Once the passing game helped to put the Titans well ahead in the first half, they leaned on running back Derrick Henry after halftime. Henry had 18 rushing attempts for 71 yards in the second half alone, ending the afternoon with a total of 27 carries for 100 yards. It was his fifth career 100-yard rushing game.

Meanwhile, the Titans defense tallied five sacks and limited the big plays from the Falcons offense. Outside linebackerHarold Landry III recorded a career-high two sacks, and defensive tackle Jurrell Casey notched the first play of his Pro Bowl career in which he had a strip-sack and fumble recovery.

The Titans defense currently ranks fourth in the NFL in points allowed per game (15.5), sixth in third-down defense (30.6 percent) and tied for fifth in sacks (13).

The Bills began the season with three straight wins—road victories against the New York Jets and New York Giants and a home win versus the Cincinnati Bengals. Last week, they suffered their first defeat at the hands of the AFC East rival New England Patriots, falling 16-10.

Head coach Sean McDermott is in his third season with the Bills. In 2017, he led the club to its first playoff berth since 1999, and in 2018, the Bills had the NFL’s second-ranked defense despite a 6-10 record.

Bills quarterback Josh Allen was the seventh-overall pick in the 2018 NFL Draft and went on to start 11 games as a rookie. He has started all four games in 2019 and passed for 903 yards, three touchdowns and six interceptions. He also has three rushing touchdowns. However, he exited in the fourth quarter against New England to be evaluated for a head injury and was replaced by Matt Barkley.

Buffalo’s formidable defense is tied for fifth in the NFL and ranks just behind the Titans in points allowed, giving up 15.8 points per contest. The Bills are second in total defense, allowing opponents an average of 280.8 yards.

Fans attending the game are encouraged to participate in the Gas Gift Card Drive for the American Cancer Society Road to Recovery program. Gas cards of any amount and brand will be collected to help support Road to Recovery, which provides patients in need with free rides to treatment. The cards collected will be used in Middle Tennessee, specifically to help keep a shuttle system running between the ACS Hope Lodge and all local hospitals.