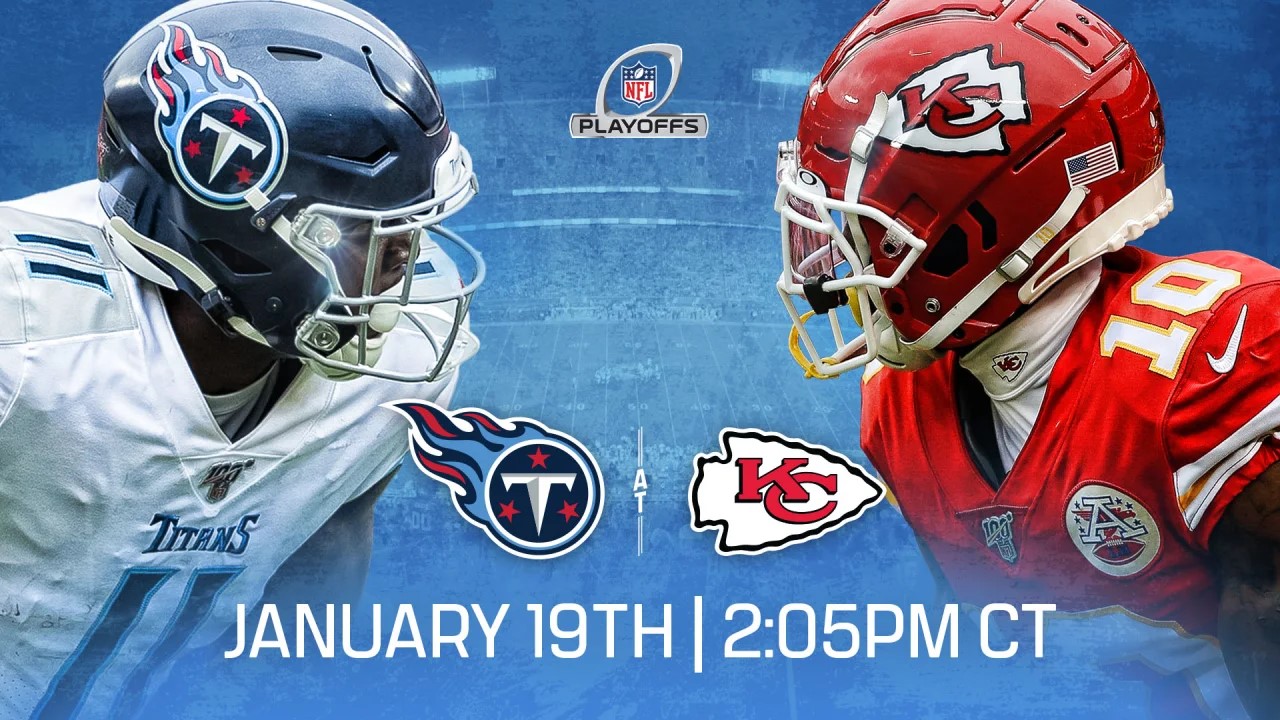 Winning in Foxborough against the Patriots. Check.

Beating the Ravens in Baltimore. Check.

Now, the Titans will be faced with knocking off the Chiefs in Kansas City in the AFC Championship Game.

A day after the Titans beat the Ravens 28-12 in the AFC Divisional playoffs, the Chiefs punched their ticket into Sunday’s showdown with a 51-31 win over the Texans on Sunday. The Chiefs rallied from a 24-0 first half deficit to win going away.

Kickoff for Sunday’s game at Arrowhead Stadium is scheduled for 2:05 CT. The winner will advance to Super Bowl LIV at Hard Rock Stadium in Miami Gardens, Florida on Sunday, February 2.

“We have to win next week,” Titans cornerback Logan Ryan said in the locker room at M&T Bank Stadium in Baltimore on Saturday night. “Nearing the ultimate goal is irrelevant. We were 2-4 to start the year. We had to win at the end of the (regular) season to get into the playoffs. We are faced with a big challenge, and we’re going to have to play well.”

The Titans will be playing in their third AFC Championship Game in the “Titans era,” and their first since the 2002 season.

The Titans and Chiefs know each other well.

In Week 10 of the regular season, the Titans rallied for a 35-32 win over the Chiefs at Nissan Stadium.

Chiefs quarterback Patrick Mahomes completed 36-of-50 passes for 446 yards and three touchdowns in that game against the Titans.

“We already played them, we know that they are a tough team, and they are a team that really battles to the end,” Mahomes said of the Titans on the CBS broadcast after Sunday’s win over the Texans. “They are a team that is really hot, playing really good football right now. We know it is going to take our best effort.”

The Chiefs finished the regular season with a 12-4 record in 2019, and they won the AFC West.

Vrabel said he has not spent much time motivating his team with the “underdog” role.  “I try to spend the majority of my time preparing the team the best that I can,” Vrabel said. “I think for those of us that have been around this league long enough, I think that’s kind of overrated — the underdog thing. It’s pro football. Everybody gets paid. Everybody has a job to do.  We knew we were going to get on a plane a couple of weeks ago, and as long as we kept winning, we are going to keep getting on that plane. The same thing this week. We’re going to continue to improve and not let complacency set in and not be excited about winning whatever this was. I know we’re playing in the AFC championship game, but we have to continue to improve. You heard me say the teams that do, they keep playing. And the ones that don’t, they make off-season plans.”