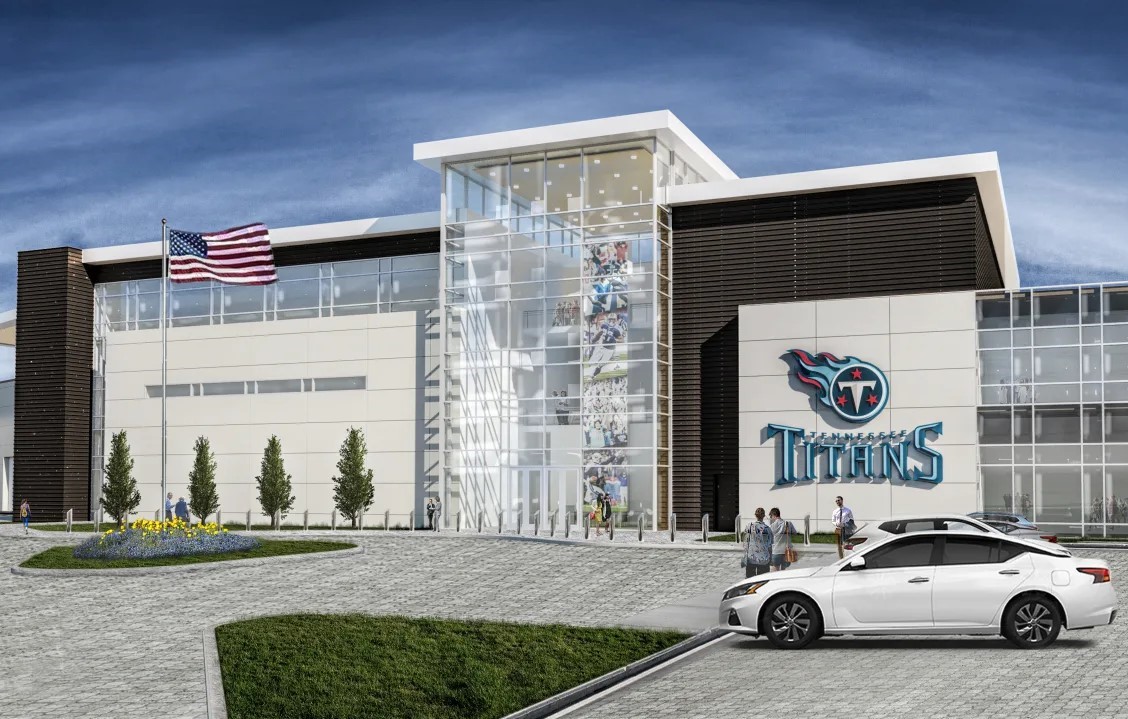 The Tennessee Titans will begin construction next week on an expansion project at Saint Thomas Sports Park, which will almost double its current footprint in Nashville’s MetroCenter neighborhood.

The plan includes 60,000-square-feet in additions, including a new building situated along one of the practice fields, and major renovation of spaces within the existing 75,000-square-foot building. Improvements to Saint Thomas Sports Park, home to the team’s practice facility and corporate office since its inaugural season as the Titans in 1999, will continue to transform the space into a modern, first-class building aimed at enhancing the production of both its football and business staffs.

Controlling owner Amy Adams Strunk, who assumed her role in 2015, has made a priority of ensuring that the team has the best tools at its disposal to perform on and off the field. In the past five years, the Titans organization has seen its staff grow by 50 percent. This increased headcount and the continuing evolution of the Titans’ overall business led to the decision to develop the building.

“We’ve added so many members to the Titans family over the past several years,” Adams Strunk said. “Evolving our workplace makes perfect sense from both a growth standpoint as well as maximizing our team’s overall effectiveness. This new facility will ultimately create the modern environment that will enable further success.”

Optimizing the workspace of the coaching staff and players is a key goal in the new office building. A revamped auditorium for all-team meetings, modernized meeting spaces for film study and a new draft room are among the items planned. These improvements come following Adams Strunk’s already completed renovations to the facility, which include a new cafeteria, weight room, locker room, training room and TV and radio studios.

Also planned in the new development is a 2,000-square-foot event space that leads out onto a 2,300-square-foot rooftop deck. While this space will be used for day-to-day staff functions, it will also serve as a key entertainment area for sponsors and other visitors to the facility.

On the business side, the construction will allow the Titans to consolidate various departments that had been housed in multiple locations into the same building. Currently, the Titans lease additional space in MetroCenter to accommodate growth and houses its Ticket Sales group at Nissan Stadium. The new space will bring the vast majority of its staff under one roof.

In addition to functional workspace, a two-story, 39,000-square-foot parking garage will add over 100 parking spaces to the facility.

Titans staff toured multiple NFL practice facilities as research for the building development to ensure the team’s ideas matched or exceeded current NFL standards. The project is in collaboration with Smallwood Nickle Architects, who developed the renderings of the proposed space. PBG Builders Inc. has been hired as the contractor.