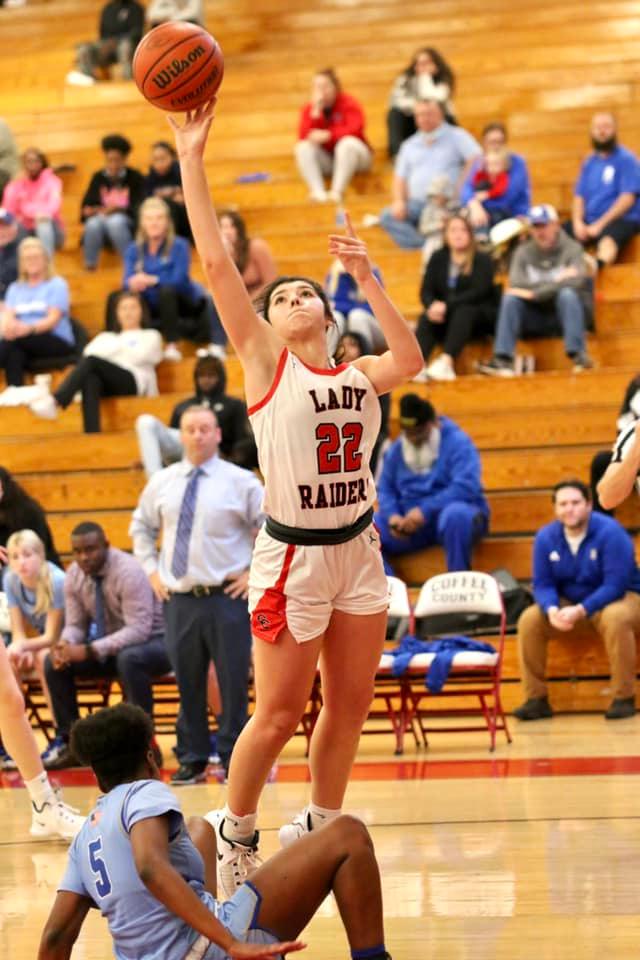 If there was any question about how the Central High School Lady Raiders would bounce back after a gut-wrenching loss to Blackman on Friday, they have been answered.

THIS GAME WAS BROADCAST LIVE ON THUNDER RADIO. CLICK HERE TO LISTEN TO THE REPLAY.

Junior Alivia Reel played arguably her best game of the year to lead the way for Coffee County – scoring 11 points (9 in the first half) – to go along with five assists and five steals. She was named Thunder Radio Stone Fort Mortgage Player of the Game.

“I could tell when A-Reel walked into the gym that she had a good mindset and was going to have a good night for us,” said Lady Raider head coach Joe Pat Cope. “We know she has that potential every night.”

Freshman Olivia Vinson and Senior Kiya Ferrell joined Reel with double-figures with 12 and 11 points, respectively. Vinson knocked down a pair of 3-pointers and was 4-of-5 at the free throw line. CHS hit 18 free throws on the night.

CHS moves to 4-3 on the season with the win.

The Lady Raiders will travel to Walker Valley Monday for a 6 p.m. Eastern Time tip (5 pm central). You can hear the game live on Thunder Radio.