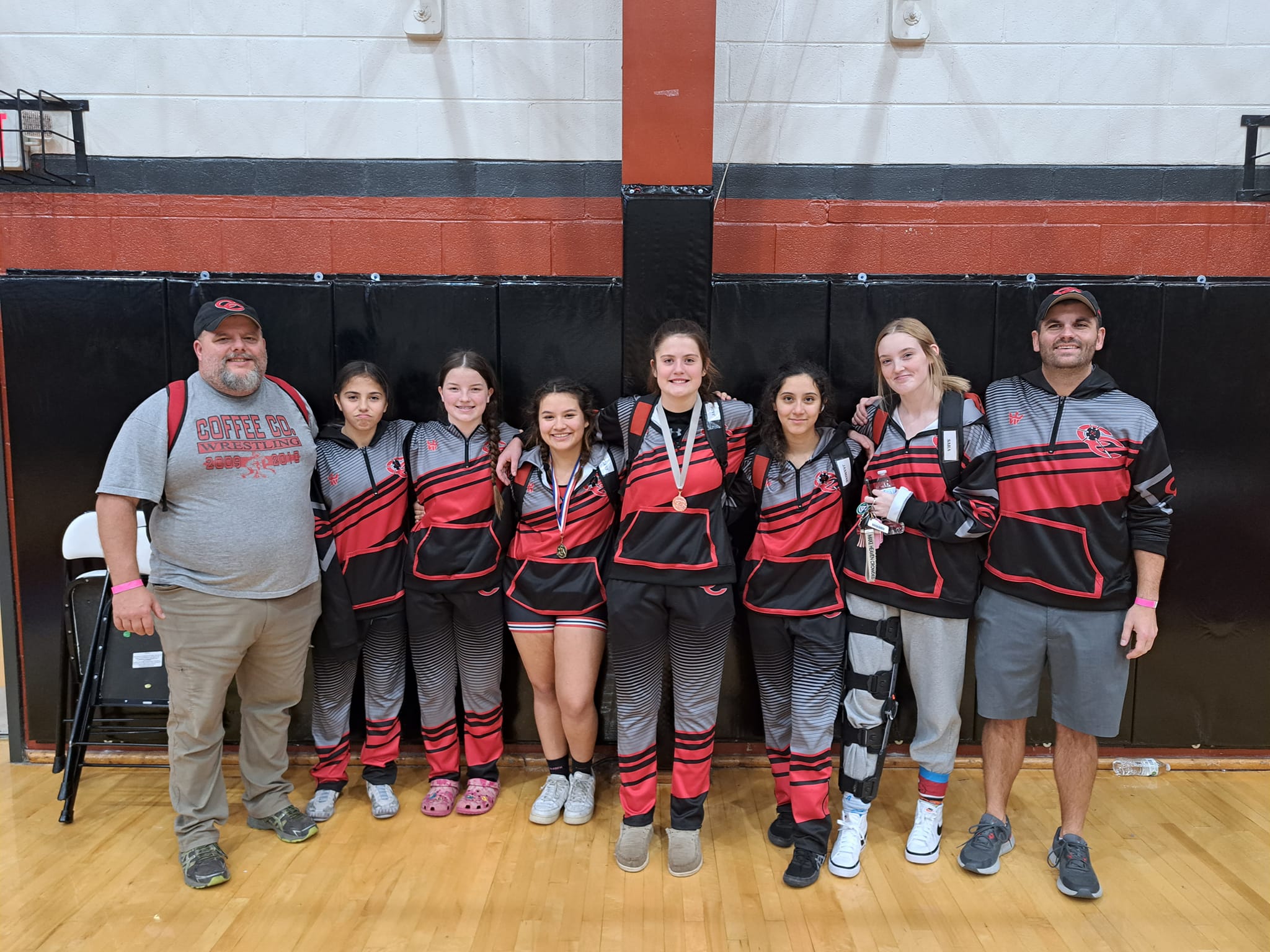 CHS girls wrestling team had a few to place Saturday, Dec. 3 in Tullahoma.

Jianna Bare scored 9 team points for the Lady Raiders with three wins, beating Kendall Snyder of Blackman by pinfall, Alyson Jones of Tullahoma by pinfall and Kathryn Remkus of Ravenwood by pinfall.

Lenhart tallied up 11 team points for CHS. She win by pinfall over Tiona Harden of Tullahoma and beat Siegel’s Jaden Enos in the consolation semi-finals.

Silva tallied 8 points with a win over Bartlett’s Emily Clement by pinfall. Armenta brought in 15 team points. After losing in her first round, she rattled off 3 straight wins over Rockvale, Northwest and Bartlett.