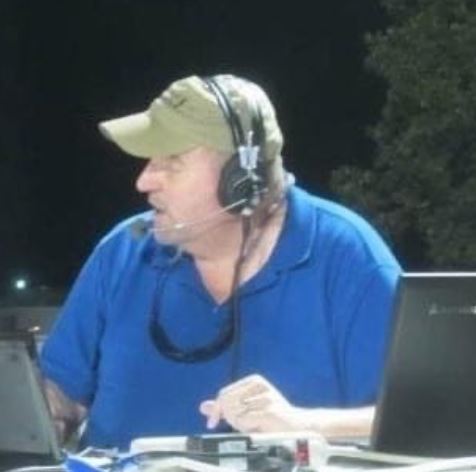 . Coffee County has lost its voice for sports.

We are sad to report to you the unfortunate news that Dennis Weaver, longtime radio personality here at Thunder Radio, coach, teacher, mentor and friend to so many  has passed away. He died on Friday, July 24. He was 58 years old.

He was also the host of Friday Night Thunder, a syndicated high school football pre and postgame show for 11 years, and he started and grew the Coffee Coaches Show, which highlighted coaches and athletes every Saturday morning for the past six and a half years. The show is known for its inclusion, bringing on athletes from elementary basketball to high school shooting, bass club, football and everything in between.

Born and raised in Manchester, Weaver was an alum of Coffee County Central High School (Manchester Central). He later taught at the school and coached football and softball. In the early 90s, he joined Jeff Breeden and was integral in growing the Coffee County Lady Raider softball program from a one-win team to a state power. After the 2003 season, Weaver went with Breeden to Riverdale High School, where the two eventually won a TSSAA State Championship. Weaver worked at AEDC, and continued to broadcast sports on Thunder Radio, even while working at Riverdale. When Breeden left Riverdale for the MTSU softball job after the 2012 season, Weaver retired from coaching.

Thunder Radio will announce funeral arrangements when they are available.