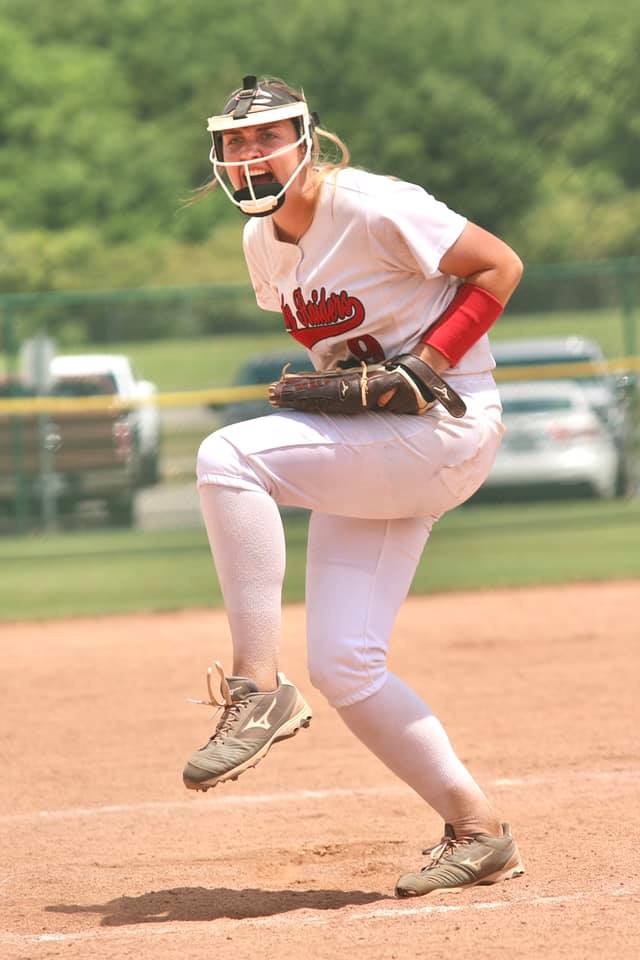 Coffee County dug deep. The Lady Raiders “held the rope.” They “fought as one.” They “played for Weave.”

Pick whichever piece of motivation you wish – all that matters is the Lady Raiders won two elimination games in the TSSAA Spring Fling state tournament on Thursday and are one of only three teams remaining in the state of Tennessee.

You heard all the action live on Thunder Radio.

Siegel put a beating on Coffee County when the two teams met just one week ago in the Region 4-AAA championship.

Coffee County got its revenge Thursday. Justus Turner had three RBIs and a home run and Keri Munn stifled the Star bats to eliminate Siegel from the state tournament.

The Lady Raiders scored 1 in the first and never let go of the lead. Turner put the Lady Raiders on the board with a bloop single that moved Kiya Ferrell home. Ferrell finished with a pair of hits and two runs scored.

CHS added insurance runs with a 2-1 lead in the top of the seventh. Turner grounded out to short stop but an errant Siegel throw allowed Alivia Reel and Ferrell to come across the plate.

The CHS defense made big plays when it needed to. Siegel plated a run in the sixth to make the score 2-1 and had runners at first and second with one out – Lady Raider second baseman Justus Turner made a full extension dive up the middle and threw out Emily Hawkes at first base – a play that certainly saved one run. With two outs, Siegel tried a bunt that Ferrell pounced on and threw out at first.

Madison Pruitt also made a full extension diving catch in left field for the Lady Raiders.

Munn picked up the win in the circle – striking out 7 and allowing 3 hits. The one run scored was unearned.

Turner was named Mid Tenn Turf Player of the Game on the Thunder Radio Broadcast.

CLICK HERE TO LISTEN TO THE FULL REPLAY OF COFFEE COUNTY VS. SIEGEL

Just an hour and a half after beating Siegel, Coffee County turned around in the 85 degree heat and shutout Dickson County.

Keri Munn pitched her second game in a row and her stat line was eerily similar to the first game – 7 strikeouts and three hits. She didn’t walk a batter and didn’t let a Cougar score.

Coffee County once again got the scoring started early. Kiya Ferrell singled to start the game and scored on a ground-rule double by Munn.

Ferrell finished with three hits on the game and scored both Coffee County runs – another in the third.

The Lady Raiders pounded the ball, picking up 12 hits, but stranded 9 runners on base.

Ferrell and Munn were named Mid Tenn Turf co-Players of the Game on the Thunder Radio broadcast.

Coffee County will play Summit at 9 a.m. Friday at Starplex #1 in Murfreesboro.

If the Lady Raiders win that game, they will advance to the championship game at 3. They will have to beat Farragut twice to win the state title. The “if necessary” game is scheduled for 6:30 p.m – all games are weather permitting.