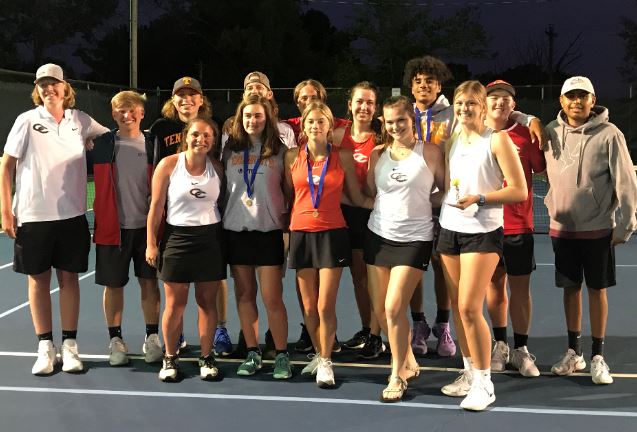 Lauren Perry and Rylea McNamara won the girl’s doubles championship and were both named all-district players.

Meanwhile, Jaden Talley finished as boys singles runner-up and also was named to the all-district team. Perry, McNamara and Talley will all be advancing to the regional tournament.