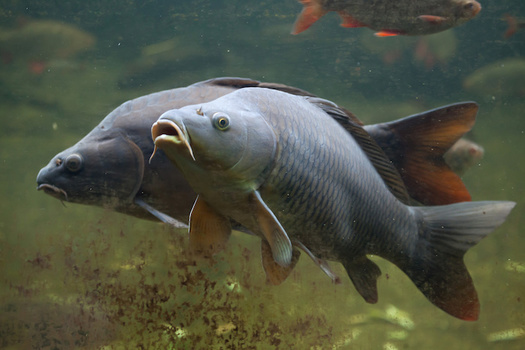 Tennessee will receive federal funding to fight Asian carp as part of a $25 million budget appropriation recently passed by Congress.

Asian carp are now found in all three of Tennessee’s major waterways, from the Mississippi River to the Tennessee River, north of Chattanooga.

Tennessee Wildlife Federation CEO Mike Butler said Asian carp have no natural predators. They consume the food sources of native fish and can devastate habitats, among other traits of invasive species.

“They are aggressive spawners — in other words, they reproduce very aggressively,” Butler said. “They can spawn three times a year. Each female can lay millions of eggs.”

Asian carp originally were brought to the United States in the 1970s to help maintain ponds used for aquaculture.

According to Butler, the funding will be allocated to the U.S. Fish and Wildlife Service, the U.S. Army Corps of Engineers, and the U.S. Geological Survey.

He pointed out that Asian carp can grow up to 100 pounds and can threaten boaters’ safety, as well. One of four types of invasive carp, silver carp are known to jump when disturbed by boats, potentially causing serious injury to passengers.

“We’ve already seen millions of tourist dollars leave parts of west Tennessee and go elsewhere because of the impact carp is having on the native fishery base,” Butler added.

The money will be spent on creating barriers to limit the movement of Asian carp, offering incentives to fishermen to capture carp, and researching more ways to control the species.

“Our position is, it’s critical these dollars go to work on the waters in Tennessee and the other states that are available for those dollars to be spent in, like Kentucky and Mississippi, and Alabama,” he added.