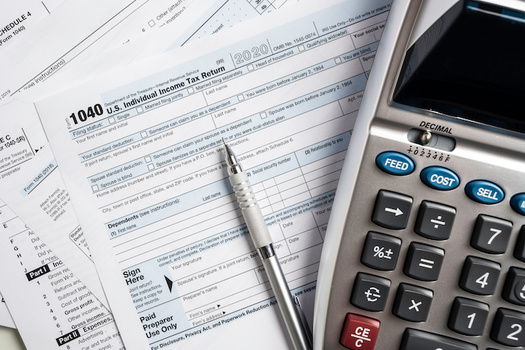 More than 100,000 lower-income Tennessee residents who paid for online-tax prep services advertised as being free may be eligible for payments, as part of a new nationwide settlement with Inuit, the owner of TurboTax.

Samantha Fisher, communications director for the Tennessee Attorney General’s Office, said people who used TurboTax for tax years 2006 through 2018 may be eligible for payments of around $30 for each year they paid for services, but would have qualified for the free edition.

“Inuit has the eligible consumer contact information already,” Fisher pointed out. “So, you should not have to do anything. You should end up being contacted and sent a payment, sent a check in the mail.”

Inuit came under fire after investigative reporting by ProPublica alleged the company was using deceptive tactics to steer low-income people toward its commercial products and away from federally-supported free tax services.

Attorneys General in every state and the District of Columbia have signed on to the $141 million agreement. As part of the settlement, Intuit admitted no wrongdoing, according to a statement on the company’s website.

Fisher explained Intuit offered two free versions of TurboTax. One was through a partnership with the Internal Revenue Service (IRS), which allowed taxpayers earning less than $34,000 a year, and members of the military, to file their income tax returns free of charge.

“Then they have this other commercial product called TurboTax Free Edition,” Fisher noted. “And it was confusing for people filing their taxes about which one was truly free.”

Fisher added some settlement money will be used to set up additional resources for consumers.

“As we work through this part of the process, there’ll be a website that will have more information for consumers,” Fisher emphasized. “Especially, for instance, if you’ve moved since the years where this applied.”

Around 195 million tax returns and other forms were filed electronically in 2020, according to the IRS.