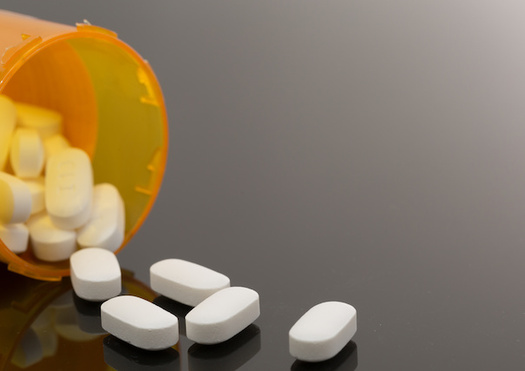 Opioid prescriptions in Tennessee dropped by about one-third between 2013 and 2018, according to new data released by the Tennessee Medical Association.
The figures show a steady decrease in the numbers of opioid prescriptions filled statewide – from more than 8.5 million in 2013, to almost 5.7 million last year.
Dr. Elise Denneny, president of the Tennessee Medical Association, says while the reduction is a step in the right direction, state health professionals and lawmakers should be focusing on the bigger picture.
“Opioid use disorder is just a symptom of what plagues our society,” she states. “We still have a problem with alcohol in our nation, and it’s even greater.”
In 2017, Tennessee legislators passed some of the most restrictive opioid supply laws in the country.
Senate Bill 2257 put restrictions on dosages and requires dispensers to check the state’s Controlled Substance Monitoring Database prior to handing out opioids the first time a patient fills a prescription.
The database is used to spot over-prescribing and make it harder for patients to “doctor shop” for drugs.
Denneny points out that many physicians are beginning to advocate for approaches to pain treatment that don’t involve highly addictive drugs.
“Physicians definitely have treatment of pain on the radar,” she states. “There’s not just one way to treat pain, because not all pain is the same kind of pain. So, multi-modality approaches for management of pain is really important.”
Some doctors say they feel pressured to give in to patients’ demands for immediate pain relief.
However, one study published earlier this year found that U.S. doctors who received direct payments from opioid manufacturers were more likely to prescribe opioids than doctors who did not.
In this article: