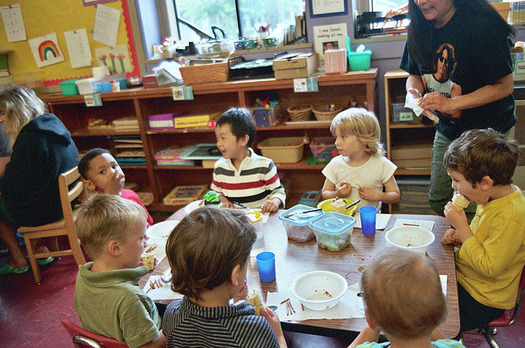 The number of Tennessee children living in poverty has fallen by 7%, according to a new report by the Annie E. Casey Foundation.

That makes the state one of 29 nationwide making progress in reducing child poverty. Richard Kennedy, executive director of the Tennessee Commission on Children and Youth, says an improved economy is a contributing factor.

“It would be difficult to not acknowledge just the tremendous growth that has happened,” says Kennedy, “especially in the Nashville and Middle Tennessee area, with investments and corporate-headquarter relocations.”

Still, Kennedy points out there currently are 200,000 Tennessee children living in concentrated poverty – that’s almost one in eight children in the state.

According to the report, African-American and American Indian children are seven times more likely to live in impoverished neighborhoods. Kennedy says that’s where state leaders should be focusing their efforts.

“We know that our minority children are more likely to live in higher-poverty, low-opportunity neighborhoods,” says Kennedy. “And we need to continue to look at every strategy possible to improve outcomes for those children and families.”

The Casey Foundation’s Associate State Director of Advocacy Scot Spencer says despite the relatively good economy, the rising cost of housing, food and other basic necessities leaves many families struggling.

“There may be housing instability,” says Spencer, “where kids may have to move from house to house because the parents or the adults in their lives are forced to make choices between whether they’re going to pay rent or pay for heat, or whether they have dinner on the table at night, or they get their medicine that they need.”

According to the report, more than 8.5 million children in the U.S. live in areas of concentrated poverty.