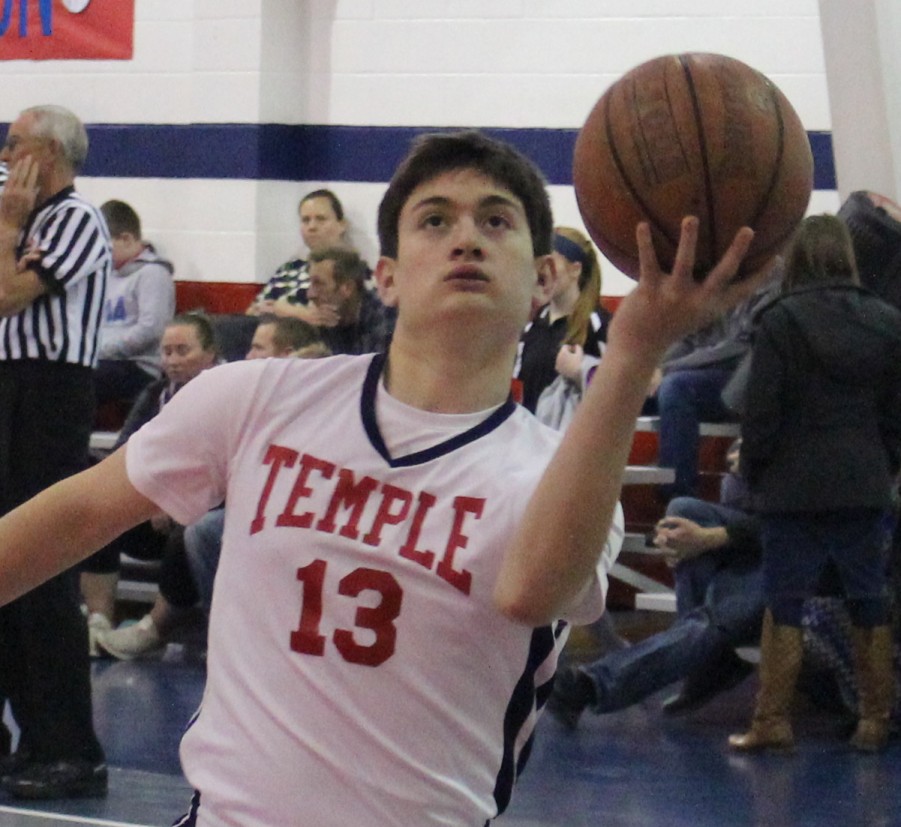 The Temple Baptist Christian School basketball teams made the long trip to Jamestown on Monday night to take on Faith Christian.  The Temple JV team was ice cold on offense as they fell 30 to 8.  The varsity Eagles got off to a good start before falling 51 to 34.

In the JV game, Temple was held to one score in each quarter.  A 3 point basket and a 2 point field goal gave the Eagles 5 points at the half.  In the 2nd half, Temple’s JV squad was held to a free throw and a field goal.  Issac Stewart led the Eagles in scoring with 3 points.  John Green and Brennan Davis each added 2 points.

In the varsity game, a cold shooting 2nd quarter saw the Eagles go from 2 points ahead to 7 points behind by intermission.  Temple never could get their offense untracked in the second half as they dropped the road decision.  Alex Gloden led Temple in scoring with 20 points.  Michael Gloden added 10 points and 7 rebounds along with 5 steals. Nolan Hughes was the leading rebounder as he finished with 8 boards

The Eagles will take off until Thursday, December 12th when they host the home opener for the season.  The Temple varsity will play host to Dogwood Christian from Tunnel Hill, Georgia.  Opening tip is set for 5 PM.