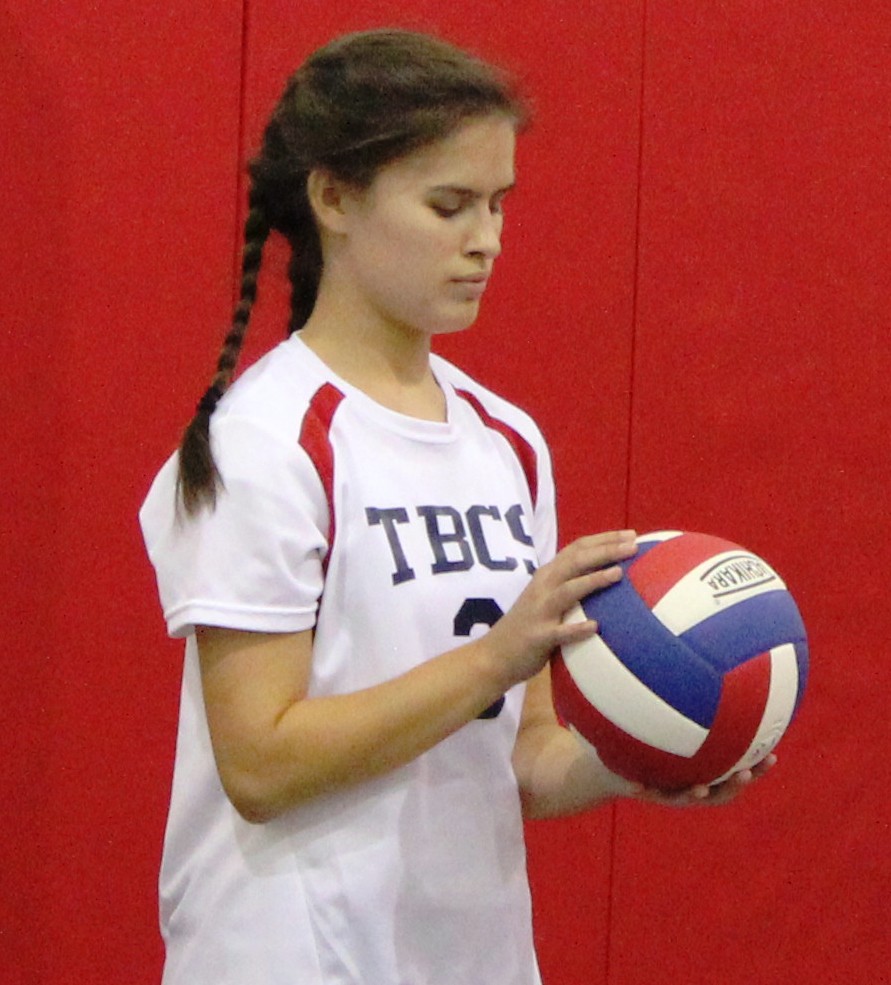 Fighting out of the elimination bracket on Friday, the Lady Eagle volleyball team of Temple Baptist Christian School proved their mettle.  Having to play 6 matches in a span of 10 hours, Temple won 5 straight elimination games to capture their 3rd straight title in the Lady Eagles Volleyball Invitational Tournament.  The junior varsity(grades 6 thru 9) came in 2nd place in their division.

After a 3 and 0 start in pool play on Thursday, Temple dropped the first match of the tournament to Landmark Christian out of Louisville, KY.   The loss put them in unenviable task of having to win 4 straight matches to get to the title game.  The Lady Eagles were up to the task as they defeated Dogwood Christian Academy and Old Suwnaee Baptist, both out of Georgia, before matching up with Shelbyville’s Victory Baptist.  A win over Victory moved the Lady Eagles to the semifinals where they swept past Temple Baptist Academy out of the Knoxville area to gain a rematch with unbeaten Landmark.  The Lady Eagles used the motivation from the morning and the momentum of the afternoon to defeat Landmark and cruise to their 3rd straight tournament title.  Grace Butler was named the tournament Most Valuable Player and Lauren Davis was named to the All Tournament team for Temple.

The Junior Varsity went 2 and 1 on Thursday with their lone loss coming to Victory Baptist of Shelbyville.  On Saturday, the JV Lady Eagles opened the day with a win over Dogwood Christian Academy to earn a rematch with Victory.  A revenge win was not the final outcome for the JV team as they fell to their Shelbyville rivals.  Ruby Lawson was named to the All Tournament team for Temple’s JV.

The Lady Eagles return to the court on Tuesday when they travel to Madison Alabama to take on Madison Baptist Academy.  First serve is set for 7 PM.