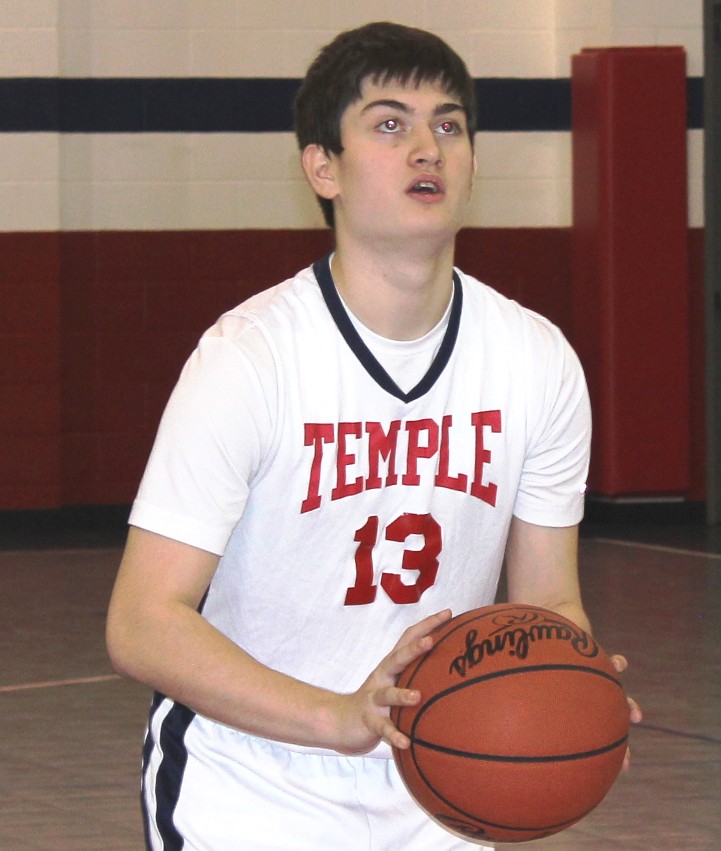 The Temple Baptist Christian School basketball team ended the season on Saturday with in their annual Eagle Invitational Classic.  The Eagles finished the 2 day tournament with a 4th place finish.   The tournament championship was captured by Victory Baptist Academy of Shelbyville.

Temple lost in the consolation game 44 to 39 to Faith Christian of Jamestown.  Faith used a strong 2nd quarter to a 27 to 19 lead into the halftime break.  Temple rallied to cut the deficit to 2 in the 2nd half before Faith closed out with a strong 4th quarter.  Alex Gloden led the Eagles in scoring with 23 points and 3 assists.  Mich Gloden 9 points and David Tran finished with 5 points and 4 rebounds.

The Eagles advanced to the consolation game with a 24 to 19 win over Shenandoah Baptist in their final pool game on Saturday morning.  Alex Gloden was the leading scorer for Temple as he had 15 points and 7 steals.  Sam Floyd chipped in the final 9 points.  The Eagles were 0 and 3 in pool play on Friday night.  Temple finished the season with a record of 8 and 12.

Victory Baptist won the tournament title with a win in the championship game over Philadelphia Christian School of Calhoun, Georgia.  Isaiah Lukis was the tournament MVP and the Hotshot Shootout winner.  Named to the All-Tournament team were Noah Hohmann of Shenandoah Baptist, Cameron Thomas of Philadelphia Baptist Academy, Aaron Nance of Faith Christian Academy, Marty Foday of Victory Baptist and Alex Gloden of Temple.