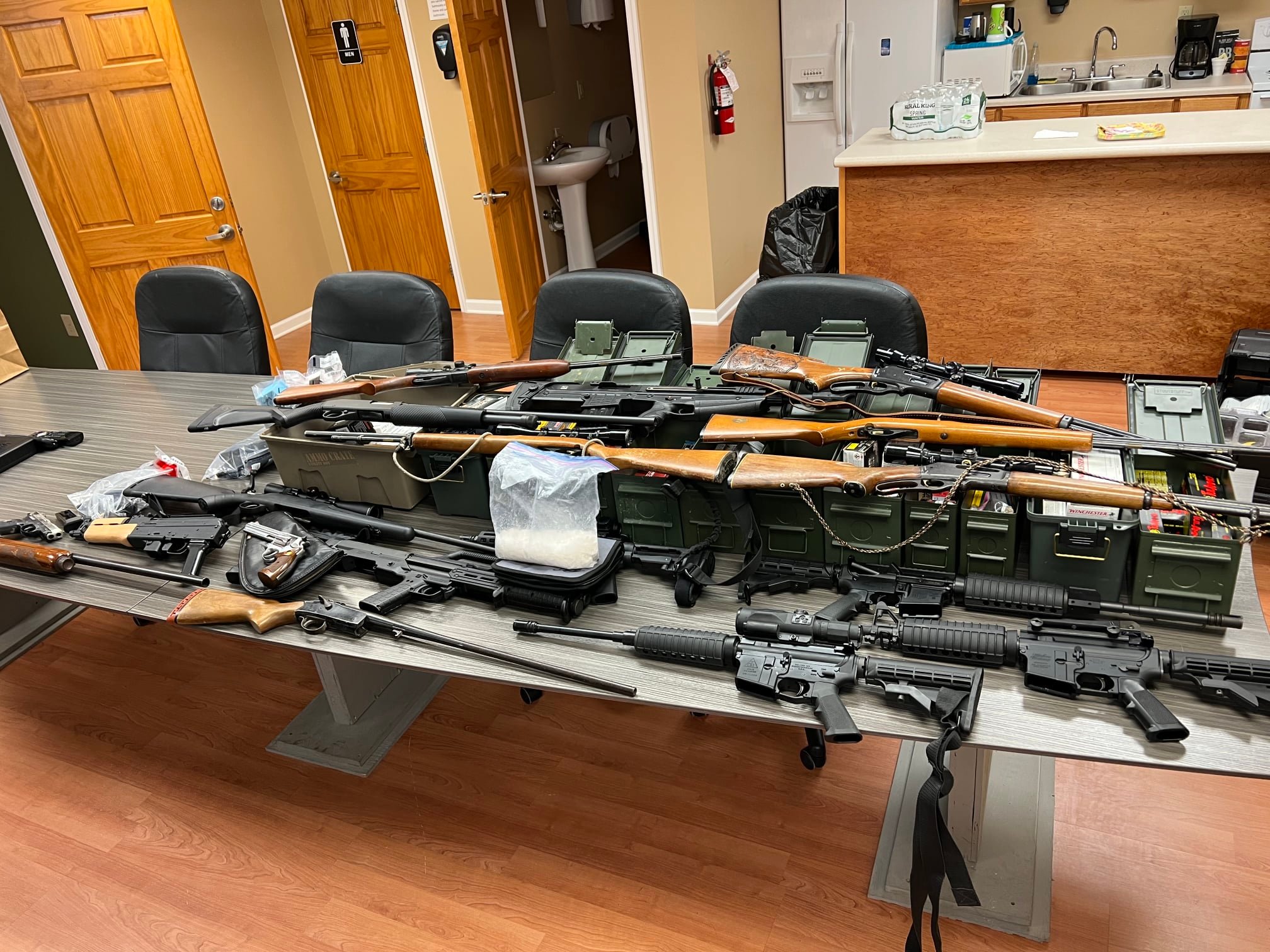 Franklin County Sheriff’s Department officials, in conjunction with Lincoln County Sheriff’s Office and the TBI, executed a search warrant at 489 Benson Ln. in Belvidere that resulted in two arrests and confiscation of multiple weapons and drugs.

Law enforcement discovered approximately 14.2 ounces of what is believed to be methamphetamine, various pills, marijuana and drug paraphernalia.

Also arrested was April Danielle Shields, of Huntland – charged with possession of schedule I substance.