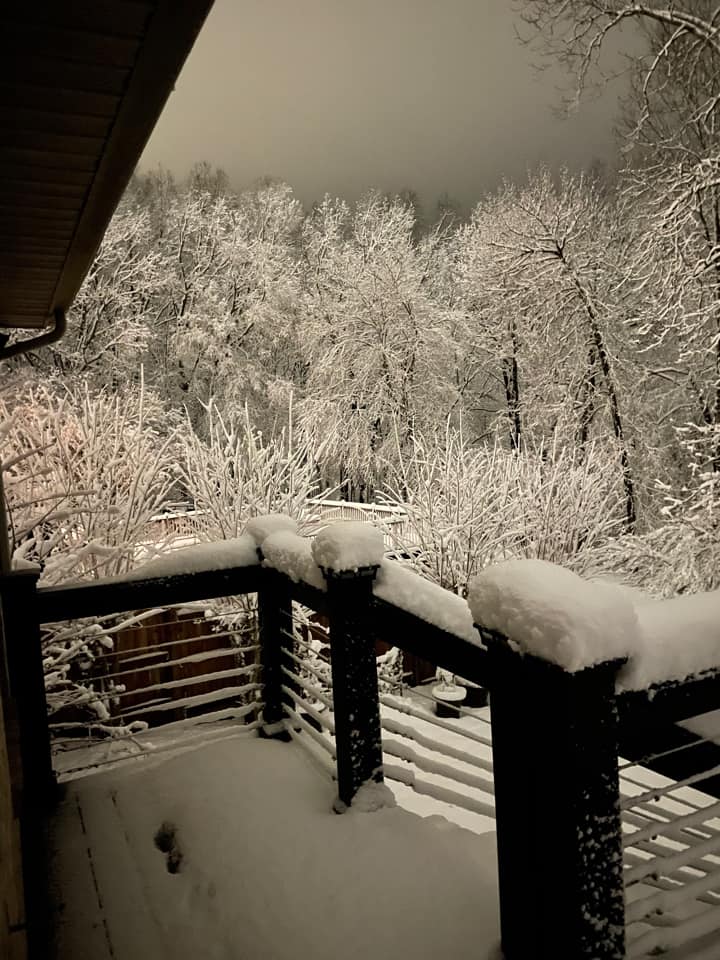 A weekend of wacky weather culminated in a heavy snowfall in the Thunder Radio listening area Sunday night into Monday morning.

After temperatures in the mid-70s on Saturday that brought severe storms, tornado watches and wind damage, a cold-front plowed through the area on Sunday night and brought with it several inches of snow.

According to official snowfall totals with National Weather Service, areas of Shelbyville received north of 8 inches of snow overnight Sunday. Meanwhile, Manchester officially received 4.5 inches of snow according to NWS. However, multiple photos submitted to Thunder Radio News have shown between 5 and 7 inches of snow at various locations throughout Coffee County.

The snow did cause some travel problems early Monday morning and left approximately 3,500 Duck River Electric Membership Corporation members without power. The heavy snow on electric lines and tree limbs caused some power lines to come down completely, according to first responders. DREMC crews worked through the day Monday to restore power.