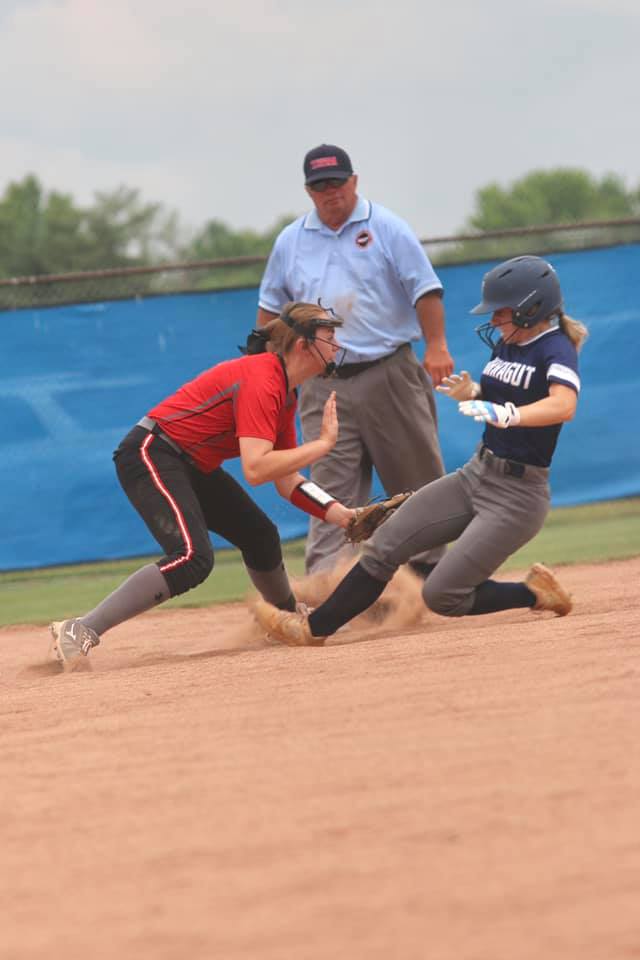 After a poor offensive showing, the Coffee County Central Lady Raider softball team still managed to put itself into position to tie or win against Farragut Wednesday afternoon in the TSSAA State Tournament in Murfreesboro.

Emily Schuster, Olivia Evans and Kiya Ferrell each earned a walk to load the bases in the bottom of the seventh and Lady Raiders trailing 2-0, but a fly ball by Chesnie Cox that looked like it might drop in behind third was gobbled up by Farragut’s Cameron Young to end the game and drop the Lady Raiders into the loser’s bracket of the state tournament.

The end of Wednesday’s game was a culmination of offensive frustration for Coffee County. The Lady Raiders managed just 2 hits all game – an infield single by Justus Turner and a single by Keri Munn. Coffee County swung through pitches all afternoon, striking out 15 times at the plate against Farragut lefty Avery Flatford.

WEDNESDAY’S GAME AGAINST FARRAGUT WAS BROADCAST LIVE ON THUNDER RADIO. HEAR THE REPLAY BY CLICKING HERE.

Coffee County is still alive in the tournament, but the road to a state championship just got much tougher. The Lady Raiders will play Siegel at approximately 11:30 a.m. Thursday (game time will likely be closer to 12:15 p.m.) Thursday at Starplex #1. A win would put CHS in another game on Thursday at 4 p.m. A loss would end the season.

If Coffee County can win both games on Thursday, the Lady Raiders will play at 9 a.m. Friday – a win in that game would put them in the finals where they would have to win twice.

Thursdays game (or games) will be broadcast LIVE on Thunder Radio – 107.9 FM, 1320 AM, Manchester Go smartphone app and thunder1320.com