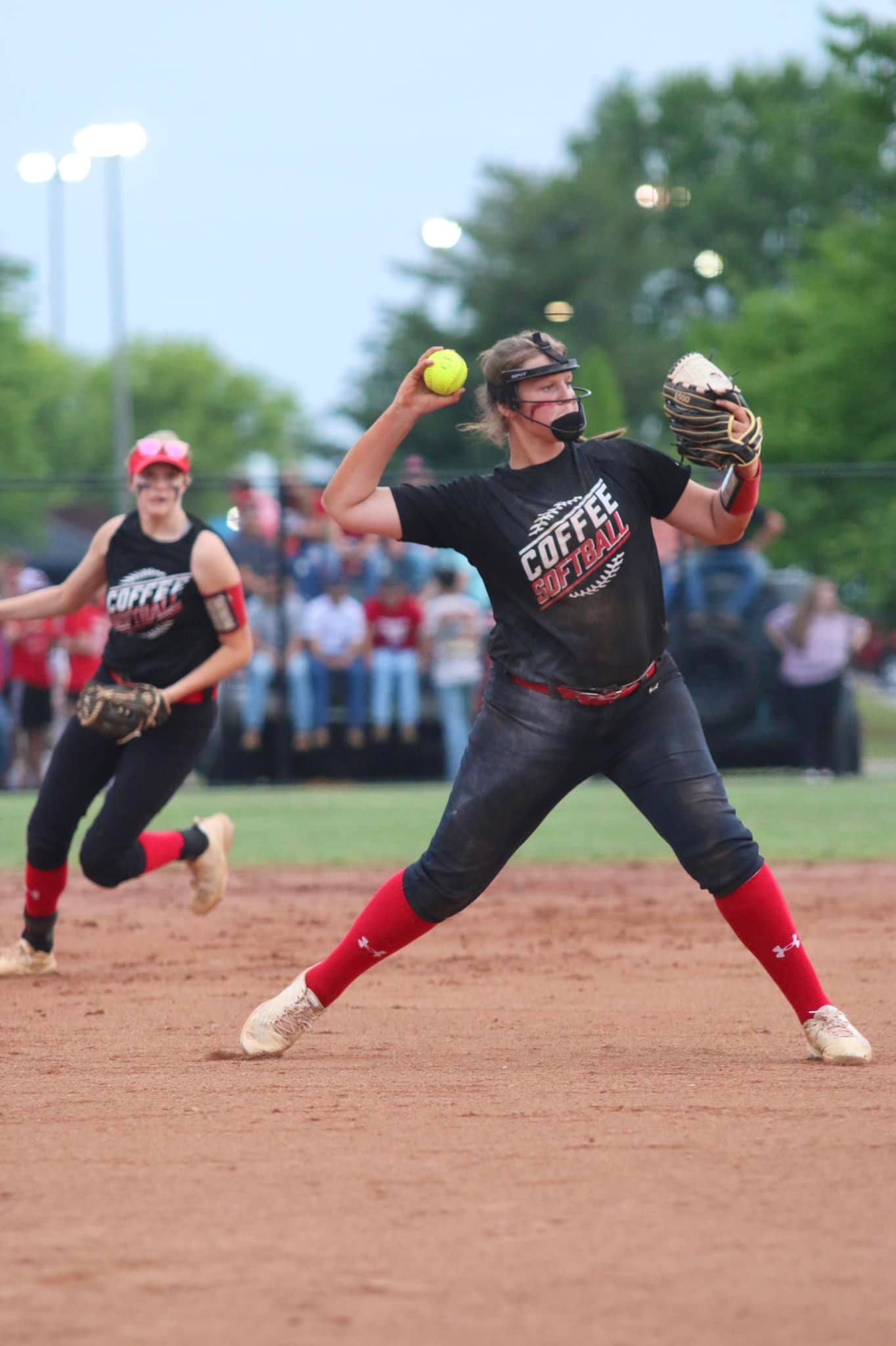 Coffee County could only muster four hits and went cold in the final few innings in a 4-1 loss to Sprinfield in the opening round of the TSSAA State Tournament Tuesday night, May 24, 2022.

Springfield starting pitcher Brie Asmondy kept the Lady Raiders off balance most of the night.

Coffee County managed only 4 hits – 3 coming in the second inning – in the loss. In fact, after the Lady Raiders scored a run on 3 hits in the 2nd, Asmondy went on to retire 13 consecutive Lady Raiders and 16 of the last 17. The only glitch was a hit batsman in the 7th inning.

The lone CHS run came in the 2nd when Jada Bowen knocked in Paisley Campbell on a double deep in the outfield. That tied the game at 1-1 at the time. The Lady Raiders had another run cut down at the plate in the inning when Channah Gannon tried to score in a first-third situation but was called out in a bang-bang play.

After that CHS went cold – not getting a single runner on base until Gannon was hit by a pitch in the 7th.

Meanwhile, a couple of home run balls by the Yellow Jackets stung the Lady Raiders. Lauren Nicholson hit a two-out blast in the first inning. Then another two-out homer came in the fourth inning on a shot by Elaina Goodfred. That home run came after the Lady Raiders missed a double-play opportunity. Springfield added a run in the sixth on an error when CHS miscommunicated on the infield and let a ball drop.

The Yellowjackets outhit Coffee County 7-4. The top four spots of the Coffee County lineup, which is usually very potent, was 1-for-12 with no runs scored, no RBI and 4 strikeouts.

Kaitlyn Davis was tagged with the loss in the circle. She allowed 7 hits and struck out 2.

With the loss, Coffee County has a lot of work ahead to navigate through the tournament. Weather permitting, the Lady Raiders will play Stewarts Creek at (approximately) 11:30 a.m. approximately Wednesday (May 25) weather permitting. That game will be at Starplex Field #2 in Murfreesboro. If Coffee County wins that game, the Lady Raiders will turn around and play at 5:30 p.m. Wednesday evening at Starplex Field 4. If they can win both of those Wednesday, they will need 4 more wins to win a state championship.