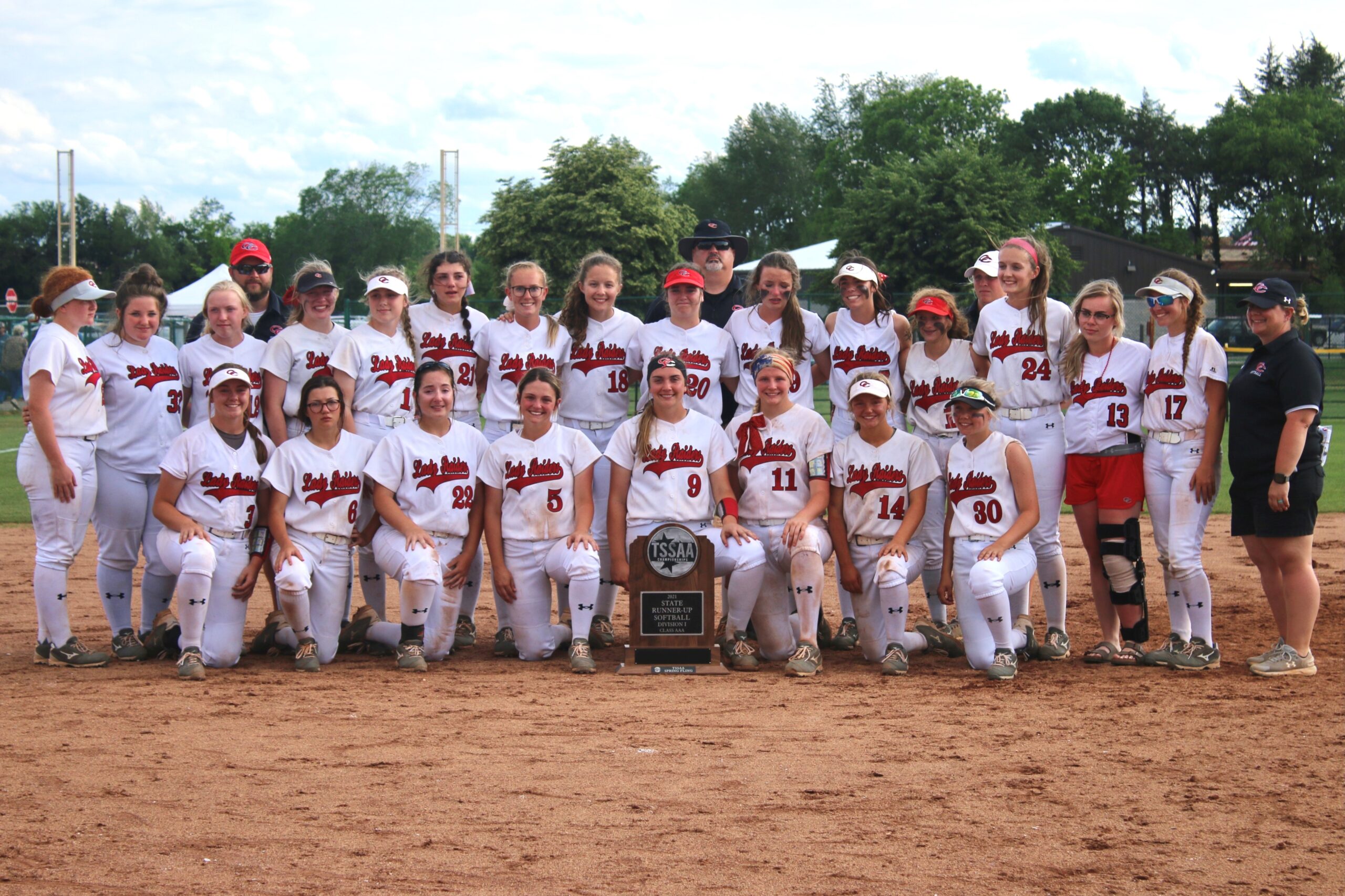 It was a ride for the ages.

Coffee County Central’s softball team gave everything it had, pushing Farragut to the brink, but ran out of gas in the TSSAA State Championship Friday in Murfreesboro – falling 4-2.

The second place finish for Coffee County sets a school record for best placement by the storied softball program, which has reached the state tournament a handful of times.

“When you get there, the first goal you have is to not be the first team out,” said Coffee County head softball coach Brandon McWhorter. “You want to prove that you belong. We did that.”

Coffee County battled out of the loser’s bracket, beating Siegel and Dickson County on Thursday and then fighting a downpour to beat Summit 12-4 Friday morning and advance to the state championship against Farragut Friday afternoon. The Lady Raiders would have had to beat Farragut twice in the same afternoon to win the state title after waking up and winning a 9 a.m. game the same morning. It was a tall task.

“Farragut is a good team,” said McWhorter. “Our girls fought and they gave it everything they had all week. The community support was just awesome and we couldn’t have got this far without that. It was incredible to see.”

The Lady Raiders needed to beat Summit at 9 a.m. Friday morning to advance to the title round – and they left no doubt.

Kaitlyn Davis had 6 RBIs, including a grand-slam, and senior Justus Turner blasted a grand slam over the center field fence to lead an offensive onslaught that buried Summit early. CHS took advantage of erratic Summit pitching – as CHS batters were hit 7 times and earned 7 walks.

Keri Munn earned the win in the circle – allowing 3 runs on 5 hits while striking out 6. The win sent Coffee County to the state championship game against Farragut for the first time in school history.

THIS GAME WAS BROADCAST LIVE ON THUNDER RADIO. LISTEN TO THE AUDIO REPLAY BY CLICKING HERE.

Coffee County took the lead against the Admirals – but the Lady Raiders couldn’t hold on and Farragut won the state championship Friday afternoon.

It took a while for the scoring to get started – then the Lady Raiders finally broke through in the fifth inning.

Kiya Ferrell pulled a ground ball to the right side of the field and beat out the first baseman to the bag. In the process, Chesnie Cox scored and Olivia Evans motored all the way around from second to put Coffee County up 2-0.

The Admirals put three on the board in the bottom of the fifth to retake the lead.

The Lady Raiders loaded the bases in the sixth and Olivia Evans hit a line drive on the nose. But it went directly to the right fielder and ended the threat.

“I think when they took the lead there (in the fifth) we kind of knew it was over,” said senior Justus Turner. “We were tired. Nobody said that, but you kind of just knew.”

Tryouts for next year’s team are next week.

“We couldn’t have made this run without every single person on this team, all 23 of them,” said McWhorter.

COFFEE COUNTY VS. FARRAGUT WAS BROADCAST LIVE ON THUNDER RADIO. LISTEN TO THE REPLAY BY CLICKING HERE.