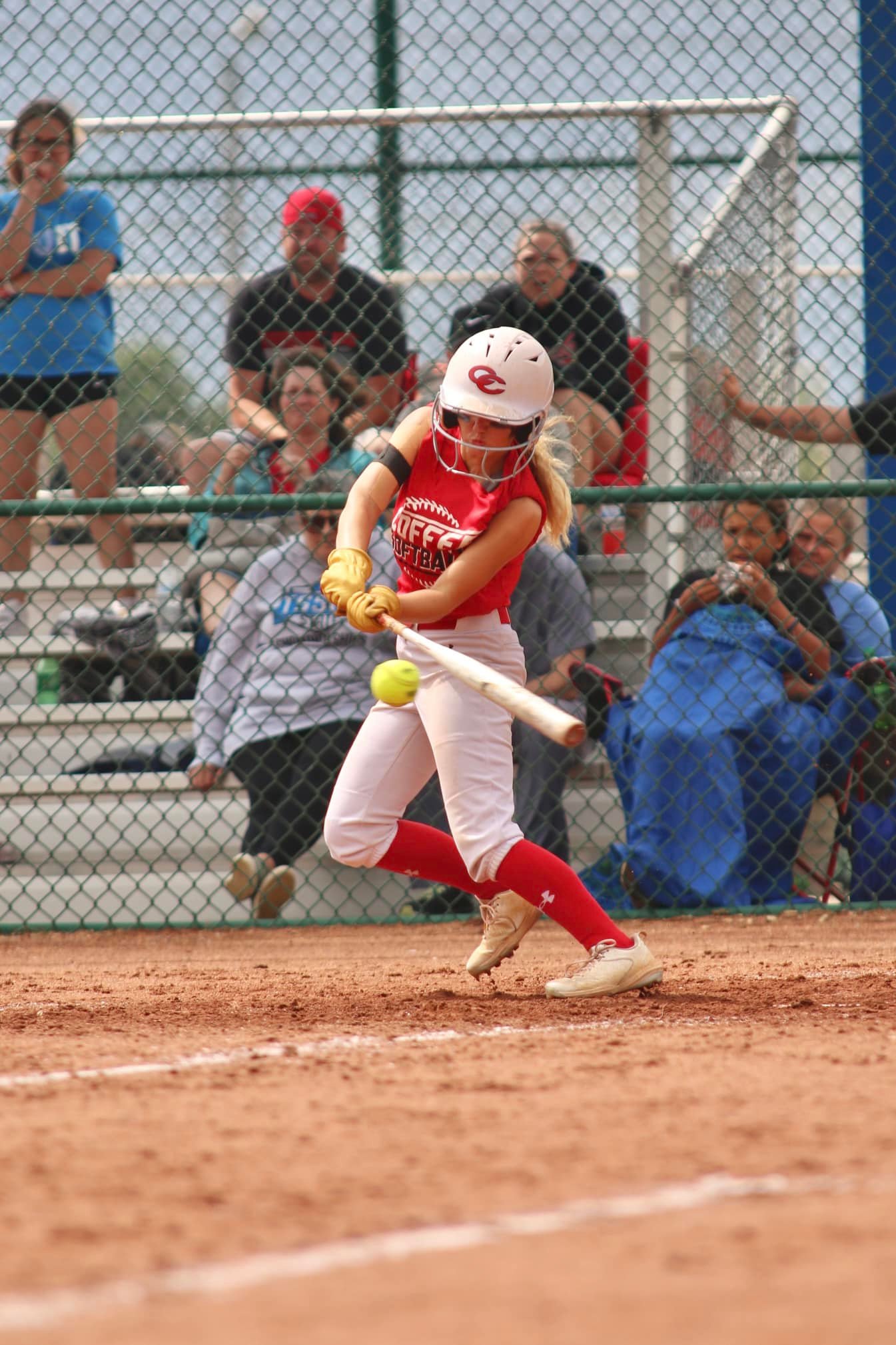 Everyone was waiting on that one big hit.

But it just never came for the Central High School Lady Raiders in the Spring Fling State Tournament.

Coffee County only mustered 6 hits and stranded 9 runners on base – 6 in scoring position – in a 3-0 loss to Stewarts Creek Wednesday afternoon in an elimination game of the TSSAA Spring Fling in Murfreesboro. The loss ends the season for Coffee County after back-to-back trips to the state tournament.

The bats never really heated up for the Lady Raiders in the tournament. After only scoring 1 run in their first game on Tuesday (a 4-1 loss to Springfield), Coffee County couldn’t push anything across on Wednesday against the Redhawks, giving them a 12 inning scoreless drought to close the season. In fact, before the Lady Raiders got a hit in the fourth inning, they had gone 8 straight innings without a hit dating back to Tuesday.

Against Stewarts Creek, CHS pushed the game into the sixth tied 0-0 before the Redhawks finally broke through with a 2 run sixth inning. SC added a home run with 2 outs in the 7th for insurance.

At the plate, Coffee County threatened to take the lead in the bottom of the fourth inning after Kiya Ferrell reached on a leadoff single and Olivia Evans moved her over on a bunt. Ferrell scooted over to third on a wild pitch with just the one out and Haidyn Campbell walked. But two pop ups on the infield killed the threat.

CHS stranded 2 more in each of the 5th and 6th innings. Trailing 3-0, the Lady Raiders loaded the bases with two outs in the seventh but Haidyn Campbell’s flyball was caught to close the game.

Although tougher pitching in the state tournament certainly had something to do with Coffee County’s offensive woes, it was rare this season to see the Lady Raiders held scoreless. You have to go back to a 3-0 loss to Columbia Academy on March 21 to find the last shutout loss for CHS.

Coffee County finishes 24-16 on the year with a regular season District 6-4A title and a region 3-4A championship.

The loss ends the high school career for 5 seniors: Kiya Ferrell, Olivia Evans, Haidyn Campbell, Jada Bowen and Emily Schuster. Of those – Campbell, Evans and Schuster will move on to play collegiate softball. Ferrell will play college volleyball at Cumberland.