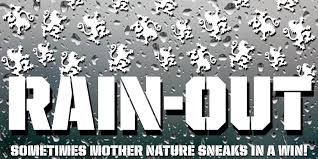 Sunday’s game between the Nashville Sounds and New Orleans Baby Cakes was cancelled due to unplayable field conditions at Shrine on Airline. This was the final series of the season between both teams, with the Sounds finishing 7-8 against the Baby Cakes in 2019.

Today was scheduled to be the last regular season matchup between Nashville and New Orleans before the Baby Cakes relocate to Wichita, Kansas for the 2020 season. The Sounds won the all-time series against the Baby Cakes, going 184-159 since 1998.

The Pacific Coast League has an off-day on Monday before the Sounds return home on Tuesday for a seven-game homestand. They host the Albuquerque Isotopes for the first three games, followed by a four-game set with the El Paso Chihuahuas.