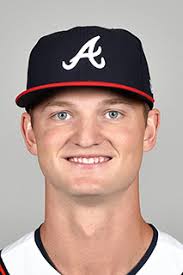 Having Mike Soroka wait a couple extra days to make his Grapefruit League season debut is not a big deal. But jeopardizing their young ace’s chance to make his first career Opening Day start is something the Braves certainly did not want to do.

So, after Soroka slightly tweaked his groin while throwing live batting practice late last week, the Braves opted to push him back a few days.

Before Sunday’s 5-1 loss to the Tigers, Braves manager Brian Snitker said the 22-year-old pitcher will make his first start near the end of the week.

“It’s not something huge,” Snitker said. “We had a couple days built in for all of them that we could play with so that they wouldn’t miss anything. It’s just one of those things where we can do this, so we’re going to make sure. It’s February, and we’ve got time. Their innings will be right where we need them to be.”

If Soroka were to make his first start by Saturday, he would have time to total five Spring Training starts and still be available to be on the mound when the Braves open their season on March 26 in Arizona.

Having Soroka wait a little longer to get started might be a good thing. By the time he had completed his gem in Game 3 of last year’s National League Division Series, he had totaled 191 innings. A right shoulder ailment had limited him to 56 1/3 innings in 2018, and he had never previously thrown more than 153 2/3 innings during his professional career.

Snitker also announced Mike Foltynewicz will make his spring debut on Tuesday, when the Braves host the Twins.

One to shake off: Kyle Muller seemed to let his emotions get the best of him as he struggled to come close to the strike zone with many of the pitches he threw in Sunday’s sixth inning. The 6-foot-6 lefty threw a couple of pitches to the backstop and hit two of the first three batters he faced to load the bases with none out. He then recorded two consecutive strikeouts before barely missing with a 3-2 pitch that walked a run in and ended his forgettable spring debut.

“When I went to the mound, everyone said the pitch he walked him on was a strike,” Snitker said. “That would have been a great way to strike the side out. He just got relaxed and started breathing. When he turned the ball loose, we saw what he’s capable of.”

Muller is the Braves No. 7 prospect per MLB Pipeline. The big southpaw posted a 3.14 ERA over 22 starts (111 2/3 innings) for Double-A Mississippi last year. He hit seven batters and had a 14.5 percent walk rate, which was significantly higher than the 8.0 percent walk rate he produced while pitching for Class A Rome, Class A Advanced Florida and Mississippi in 2018.

Wilson has experienced stints with Atlanta both of the past two seasons, but he is still a work in progress. He rose to the big leagues as primarily a fastball pitcher in 2018 and he has since steadily gained comfort with what has the potential to be an above-average changeup. His struggles on Sunday were related to his inability to spot his cutter.

Wilson, Sean Newcomb, Félix Hernández and Kyle Wright are the top candidates for Atlanta’s two rotation vacancies. One of those spots was created because of the shoulder inflammation that will cause Cole Hamels to miss at least the first three weeks of the regular season.