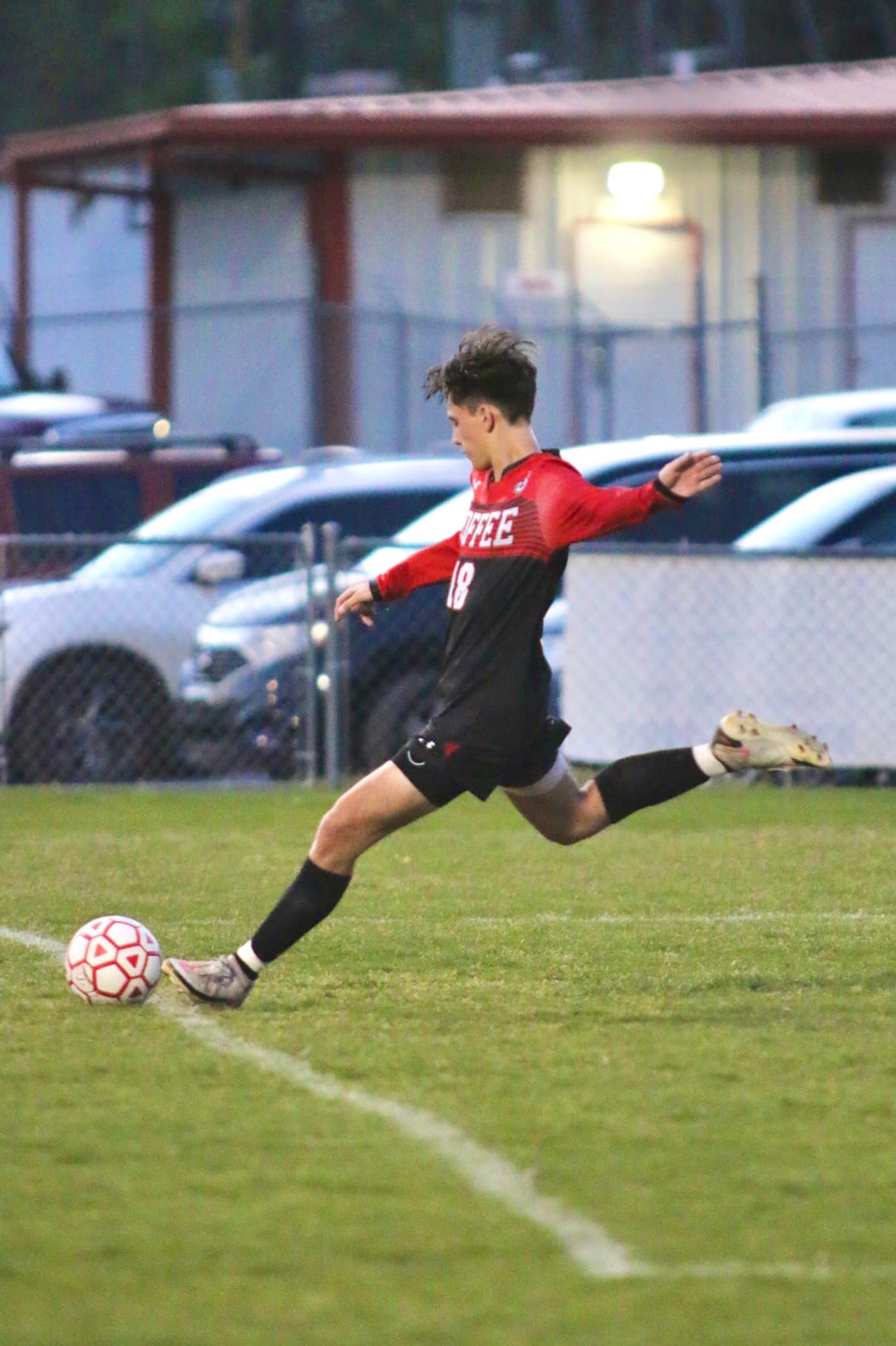 A small district makes for a fairly simple tournament layout. Win one and your in – and that’s exactly what the CHS Red Raider soccer team did Tuesday, dropping Franklin County 3-1 in the District 6-4A semi-finals to advance to the championship game.

The Raiders got a goal early from freshman Manny Gonzales, who scored on a corner kick from Mike Arrunada. John Martinez added the next to goals on assists from Arrunada to put CHS up 3-0. The Raiders will play either Shelbyville or Warren County in the Championship at 7 p.m. Thursday. The win also puts the Raiders in next week’s region semi-finals on Tuesday.