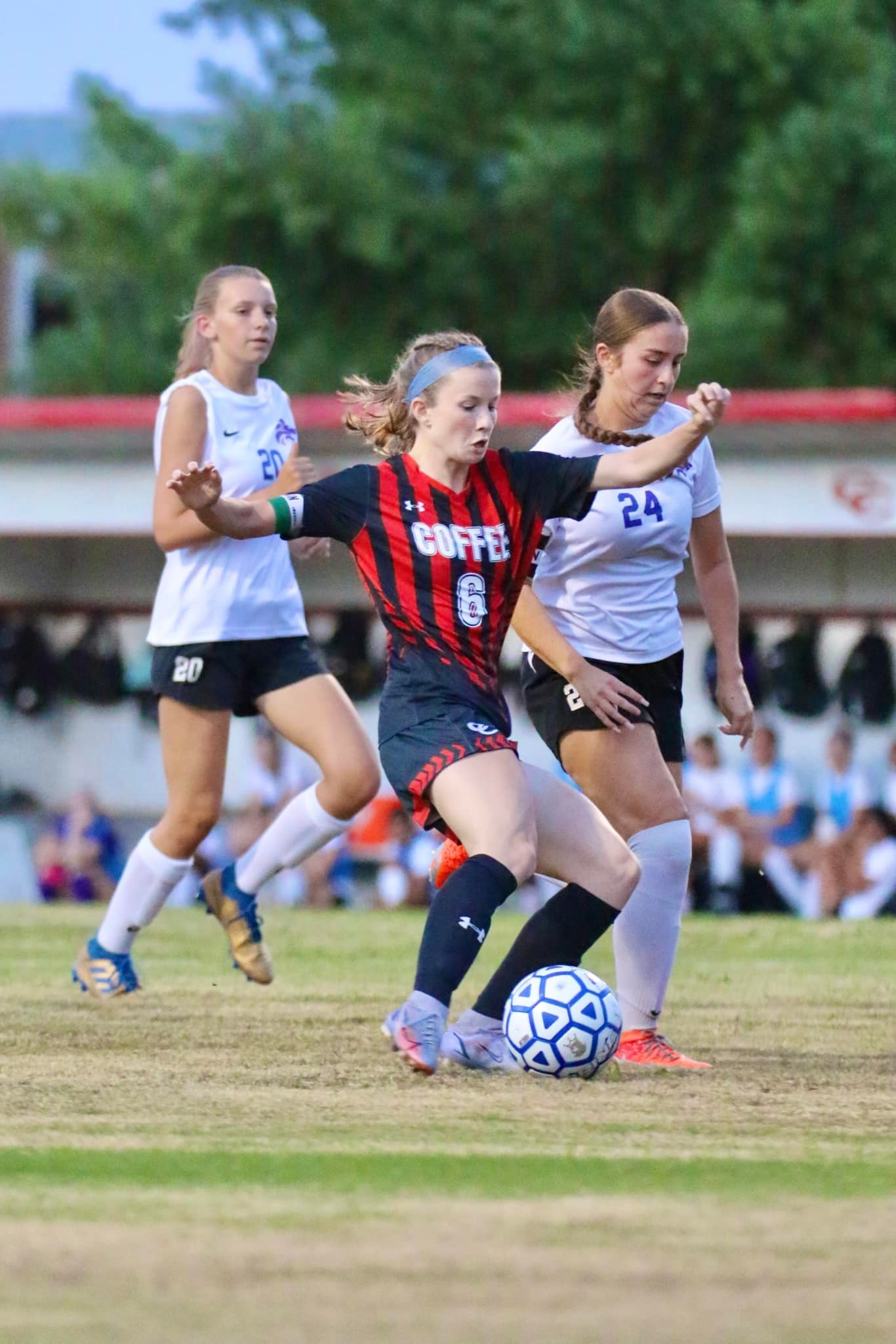 Coffee County and Columbia went back and forth Thursday night in Manchester, but the Lady Lions got the last goal with 12 minutes to play and finish in a 4-4 tie with the CHS Lady Raiders – a match you heard live on Thunder Radio as part of the Capstar Bank Hometown Sports Series.

But it could have been worse.

The Lady Lions got a good opportunity to take the lead in the final seconds, but CHS goalkeeper Bella Lawson popped the shot attempt over the crossbar to hold off the Lions as the final seconds ticked away.

Offensively for Coffee County it was all senior Katie Cotten, who scored all 4 goals for the Lady Raiders. Cotten scored in the first half with 37:46 left to tie the game at 1-1, just 16 seconds after the Lions had taken a 1-0 lead.

CHS led 3-2 at the half, but Columbia scored just 42 seconds into the second on a good look from Destini Martinez.

Cotten crossed 3 defenders and used her left foot to bury a shot in the back corner 6 minutes later to put Coffee County up 4-3. That score held for the next 21 minutes, but Columbia knotted the game late and the CHS offense went dormant.

The Lady Raiders are now 1-4-1 on the season and will travel to Riverdale Tuesday, Sept. 6.